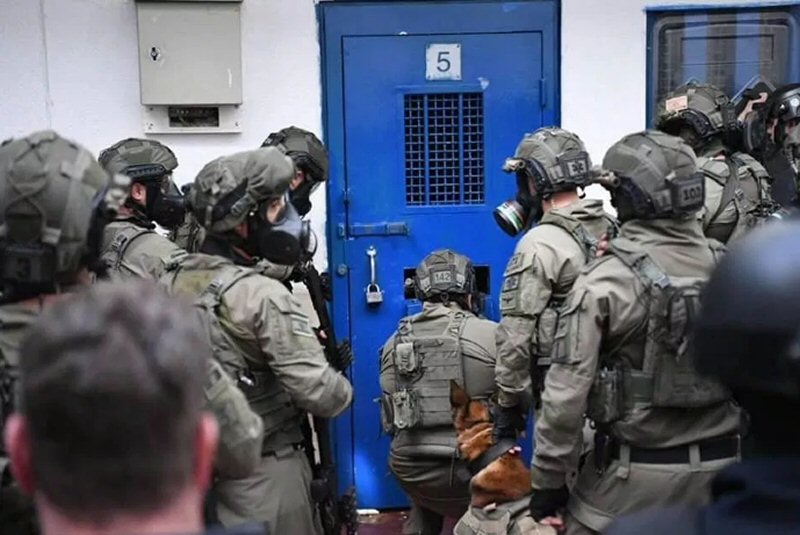 The Palestinian Prisoners’ Society reported that Israeli prison authorities, Wednesday night, stormed sections 5 and 6 of the high-security Megiddo prison, assaulting the prisoners, and spraying them with tear-gas.

The PPS said that the confrontation started with the arbitrary transfer of a large group of Palestinian prisoners, from Gilboa to Megiddo prison.

The administrative decision triggered a Palestinian detainee to approach the prison director to express his opposition, which in turn lead to the repression of the prisoners.

The PPS further stated that the goal of the occupation is to keep the prisoners in a state of uncertainty, applying pressure, a form of psychological abuse.

Prison repression forces ransacked cells and physically assaulted prisoners in the Megiddo prison, injuring many of them, the Palestinian WAFA News Agency reported.

The Israeli Prison Service (IPS) has escalated its raids against Palestinian prisoners, in addition to the adoption of a regular policy of arbitrary transfer of prisoners, from one prison to another.

It is important to mention that recently, at the Ofer Detention Center, southwest of Ramallah in the occupied West Bank, Israeli commandos, with attack dogs, raided the cells of Palestinian political detainees, assaulting and injuring them.