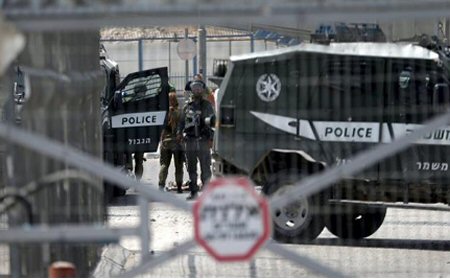 Israeli forces, on Wednesday morning, blocked passage through Um El-Rayhan checkpoint, near Ya’bad town, to the south of Jenin, so as to  halt the movement of Palestinian citizens and students.

Local resources reported, according to Al Ray, that Palestinian students from Um El-Rayhan and Daher El-Abed towns were deprived of reaching their schools due to the checkpoint closure, as usual.

The Director of Education in Jenin condemned, in a press release, the Israeli military’s procedure and considered it a disturbance, as it prevented the students from performing their final examinations.