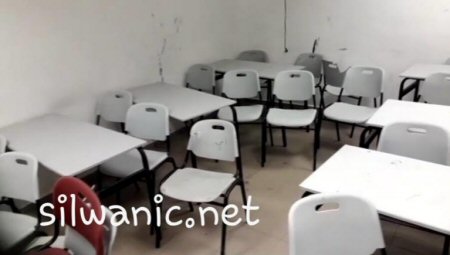 Students, teachers and parents protest Israeli authorities’ refusal to address a lack of classrooms in al-Isawiyya.

Students led a strike in the village of al-Isawiyya in occupied Jerusalem on Thursday, October 25, 2018.

The strike was organized in response to Israeli authorities’ failure to open a new school building in the village. The building was slated to open two months ago, so that children could attend school there during the current academic year.

Currently, about 300 students in al-Isawiyya study in rented a building where the children suffer from severely overcrowded classrooms.

In recent weeks, the Council of Parents of Students detailed their demands to the Jerusalem municipality, but Israeli authorities ignored them. In addition to demanding the immediate opening of the new school building, the Council also calls for more teachers, according to community activist and al-Isawiyya local Muhammad Abu Humus. Abu Humus adds that the council may decide to escalate protest initiatives if the municipality does not respond to the strike.