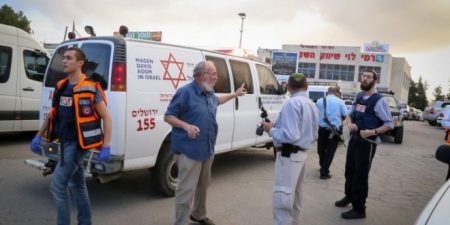 The police said, in a statement, that Wednesday’s stabbing appeared to be politically motivated, and that the 19-year-old Palestinian is being questioned in custody.

The 42-year-old Israeli man was in critical condition and taken to an area hospital, PNN further reports.

The suspect was apprehended by civilians, near the scene of the incident in the town of Yavne, before police arrested him.

The incident comes after two weeks of hectic tensions between Israelis and Palestinians over Israel’s placement of metal detectors at the al-Aqsa compound that they eventually removed on July 25th.