Palestinian Teen Dies From Wounds Suffered On November 14 In Jerusalem 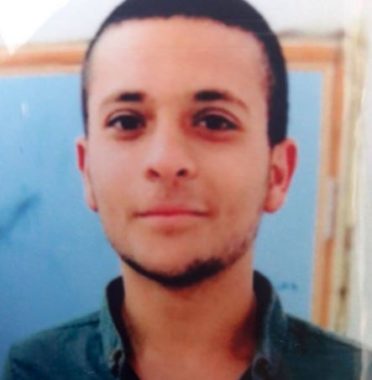 The Palestinian, identified as Abdul-Rahman Ali Abu Jamal, 17, from Jabal al-Mokabber, allegedly climbed the fence of a police station, and attacked the officers stationed there.

An Israeli policewoman shot Jamal multiple times at the police station, which was built on Palestinian lands in Jabal al-Mokabber, seriously wounding him, and causing minor injuries to another police officer.

Abu Jamal was moved to Shaare Zedek Medical Center, in Jerusalem, and remained in a critical condition until he succumbed to his wounds.

Israeli sources claimed that three officers were lightly wounded in the same incident, and added that the medics “gave them first aid and took them to the hospital, fully conscious and in stable condition, and released them shortly after being admitted.”

It is worth mentioning that, after in incident, dozens of soldiers and police officers repeatedly invaded Abu Jamal’s home, and detained five members of his family, including his mother, and took photos and measurements of the home, to demolish it later.