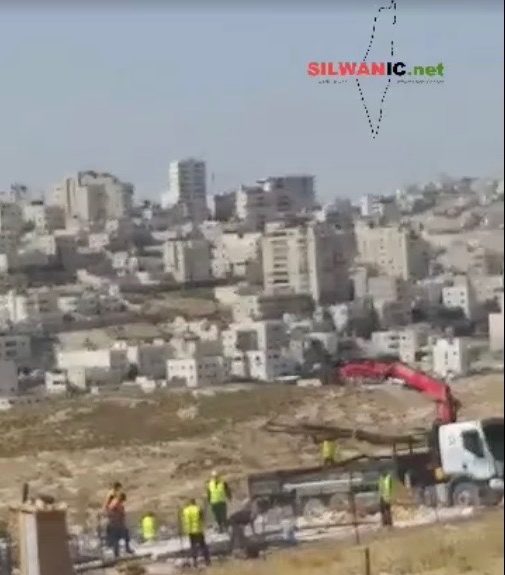 Also on Monday, the Israeli military dismantled and seized a Palestinian-owned greenhouse in the village of al-Sawahreh al-Sharqiya, having been built without a permit, according to local sources.

Sources told Palestinian WAFA News Agency that soldiers invaded the village, southeast of Jerusalem and proceeded to dismantle the 200-square-meter plastic greenhouse before seizing it.

Israeli forces demolished, on Monday, several shacks and tents in the village of Birin, in Masafer Yatta and seized them, according to a local activist.