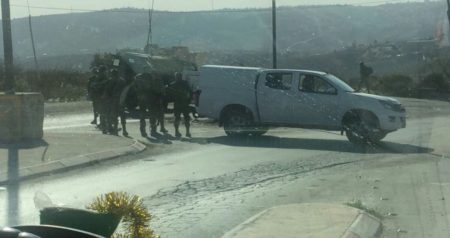 A young Palestinian  man was injured on Tuesday morning, after Israeli forces opened fire at him, to the south of Jenin City, in the northern West Bank.

Local sources said that a Palestinian worker from al-Yamun village, identified as Faisal Ghanama, age 24, was shot while attempting to enter the pre-1948 Palestinian territories for work, through a separation wall gate.

They added that Israeli soldiers detained Ghanama, and then handed him over to the Palestinian Red Crescent Society, who later transferred him to the hospital, for treatment.

Ghanama is the 20th Palestinian who has been attacked in the same way, near the West Bank separation wall, by Israeli forces in recent weeks, Days of Palestine reports.