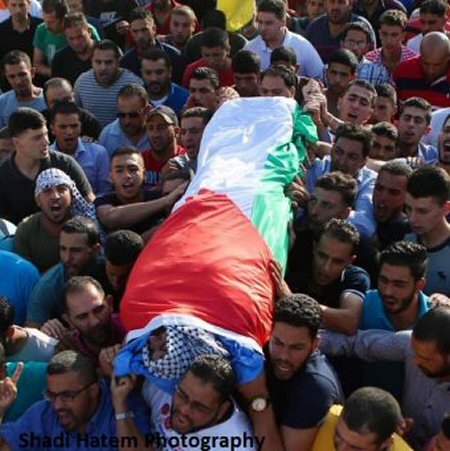 Palestinians demanded, on Wednesday, that Israel release the bodies of their dead sons it has been holding, some for decades.

Families of Palestinians killed by Israelis, and whose corpses are still held by Israel, demanded in a protest at the Red Cross office in Ramallah, from Israel, to free the bodies so that their families can bury them properly.

“We are here to demand from the Red Cross and other international legal and human rights organizations to pressure the occupation authority to release the bodies of our martyrs so that we can bury them according to our religion,” said Mohammad Sbeihat, head of the Palestinian National Committee designated for this task.

“Withholding the bodies of the martyrs is unjustified, immoral and inhumane,” he said.