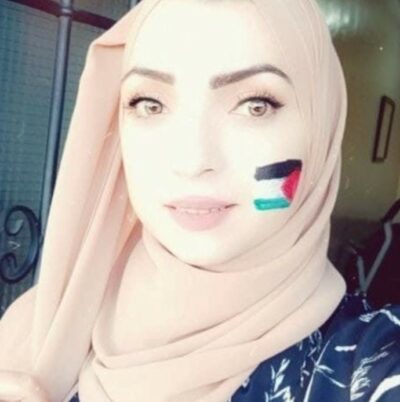 On Tuesday, hundreds of Palestinians marched in the funeral ceremony and procession of a woman killed by Israeli soldiers fourteen months earlier, and the military refused to release her corpse since her death.

The soldiers fatally shot the slain woman, Mai Affana, 29, on June 16, 2021, at the Zaim military roadblock, east of occupied Jerusalem. She has a psychology degree and worked at the Istiqlal University in Jericho.

The corpse was returned to her fourteen months after the soldiers killed her at the same military roadblock.

Her funeral ceremony was held at a local mosque in her hometown, Abu Dis, east of the occupied capital, Jerusalem.

The soldiers opened fire at Afaneh, who was a doctor, and the mother of an eight-year-old girl, when she drove her vehicle down a road that was under construction, at the entrance to Hizma town. Local sources reported that Afaneh apparently had accidentally driven her vehicle down the wrong road and was trying to turn around when she was shot.

But the Israeli authorities offered no evidence to back their claim. The claim also goes against the forensic evidence showing that Mai was in her car when she was shot and killed.