Palestinians Shot with Live Ammunition During Demonstration near Al-Mughayyir (VIDEO) 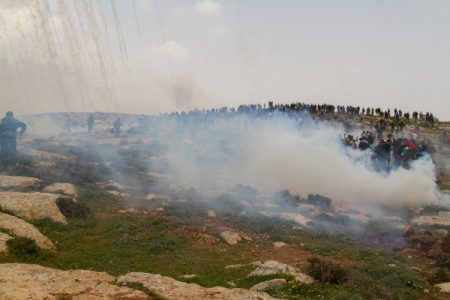 On 24th March 2017 the popular resistance in Al-Mughayyir, north-east of Ramallah, held a demonstration against a new illegal outpost which was established approximately 10 days ago by Israeli settlers who set up caravans on Palestinian land. Basic buildings and infrastructure have already been built along with a new access road, all of which are protected by barbed wire and the constant presence of Israeli soldiers. Live ammunition was fired at Palestinian protesters injuring five, according to a Palestinian news agency.

The protest, which mobilized the people of four nearby towns and other popular struggle committees, was quickly repressed by Israeli forces, who fired teargas, live ammunition and rubber-coated steel bullets at demonstrators, injuring several Palestinians in the process.

The action started with Palestinian demonstrators – who were joined by international and Israeli activists – gathering at the bottom of the hill where, according to local sources, the new outpost may eventually give way to a new settlement. At around 11:00, shortly after the demonstration had started, the Israeli forces stationed at the illegal settlement began firing teargas canisters in an attempt to disperse the demonstrators.

The clashes continued with some attempts made by the Palestinians to get closer to the illegal outpost. However, Israeli forces began throwing stun grenades and firing at demonstrators with both rubber-coated steel bullets and live ammunition. Tear gas was fired by Israeli forces throughout the demonstration and Palestinians responded to the aggressors by throwing stones and returning tear gas canisters towards the soldiers. 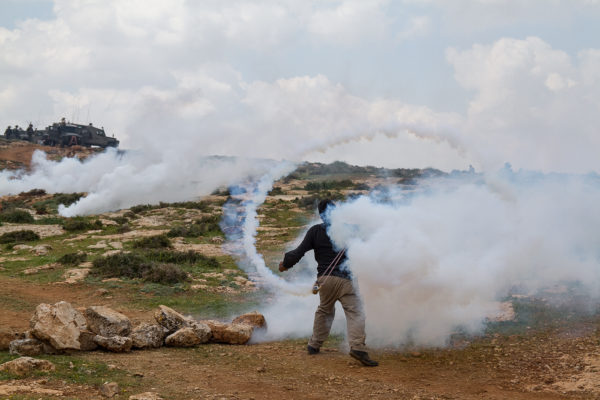 At around 12:30 the Israeli forces established a new strategic position at the bottom of the hill, intensifying their use of live ammunition. From here, a soldier with a sniper rifle fitted with a silencer fired at protesters with live ammunition. ISM activists witnessed three Palestinians sustaining injuries from live ammunition during the clashes. Though the demonstration began to disperse at around 13:00, Israeli forces continued to fire tear gas whilst the protesters fled the hill and back to their villages. Israeli forces flanked the road back to Al-Mughayyir. 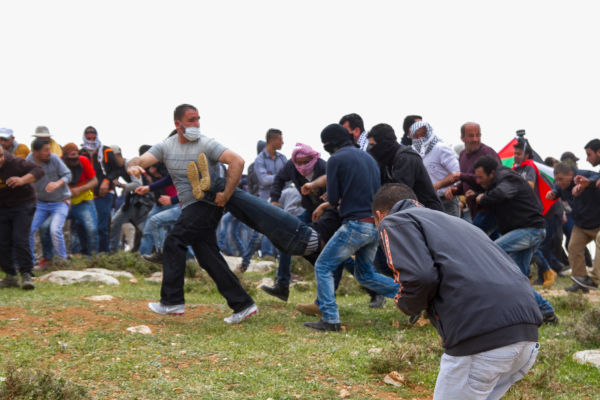 This new illegal outpost is being established on Palestinian land shared by the villages of Al-Mughayyir, Abu Falah and Kufr Malik and will possibly serve to replace the recently evicted Amona illegal settlement. Despite heavy repression by Israeli forces, Palestinian resistance to the illegal annexation of their land continues. The UN Office for Coordination of Humanitarian Affairs (2013) recently documented settler violence against the residents of Al-Mughayyir. 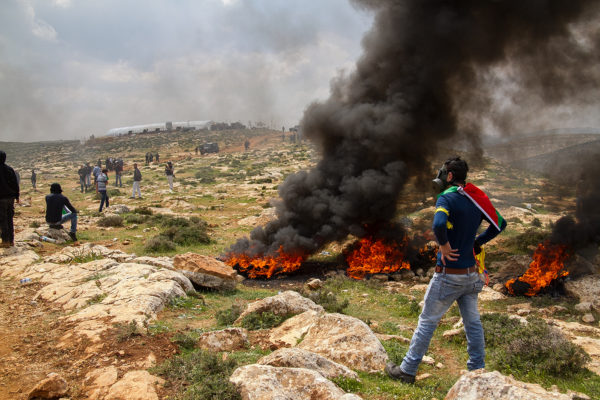