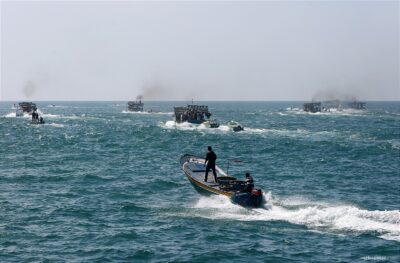 The Palestinian Centre for Human Rights (PCHR) calls upon the Egyptian authorities to release Fisherman Yaser al- Za’zou’, the sole survivor among his siblings who were killed by Egyptian naval forces’ fire against a Palestinian fishing boat that crossed the Palestinian-Egyptian water boundaries and entered the Egyptian regional water on 25 September 2020 that resulted in the killing of fishermen Hasan al- Za’zou’ and his brother Mahmoud. Also, their brother Yaser was injured and arrested in the attack.

According to PCHR’s follow-up, to this date no official statement were issued by the Egyptian authorities on cause of arrest for Al- Za’zou (18), from Deir al-Balah – Central Gaza Strip, despite 24 days passing since his arrest. Additionally, no statements were issued regarding his whereabouts or that any legal measures were taken.

Nawal Mahmoud Rizq al-Za’zou’ (55), the victims’ mother, said to PCHR’s fieldworker that the family received the bodies of the fallen victims on 27 September 2020. However, the Egyptian authorities continue to detain Yaser in an unknown destination without giving his family any information about his health condition or whereabouts. The family published several appeals on social media to the Egyptian president, Egyptian authorities and Palestinian leaders to intervene to release their son. Al-Za’zou’ added that she received phone calls from Palestinian officials informing her that her son, Yaser, was injured without information on the circumstances of his injury or the place of detention.

PCHR had paused at the regrettable incident that led to the killing of the two fishermen and the injury of the third, as those three fishermen posed no threat to the Egyptian naval forces. PCHR called for changing the rules of engagement pertaining to Gaza Strip residents, whether citizens or fishermen who cross the land or sea borders, and to refrain from using excessive force against them or shooting with the intent to kill, and to maintain the principle of proportionality of force against them.

PCHR renews its call for the release al- Za’zou’ and calls upon the Egyptian authorities to open a serious investigation in this incident and to release the results to the public.