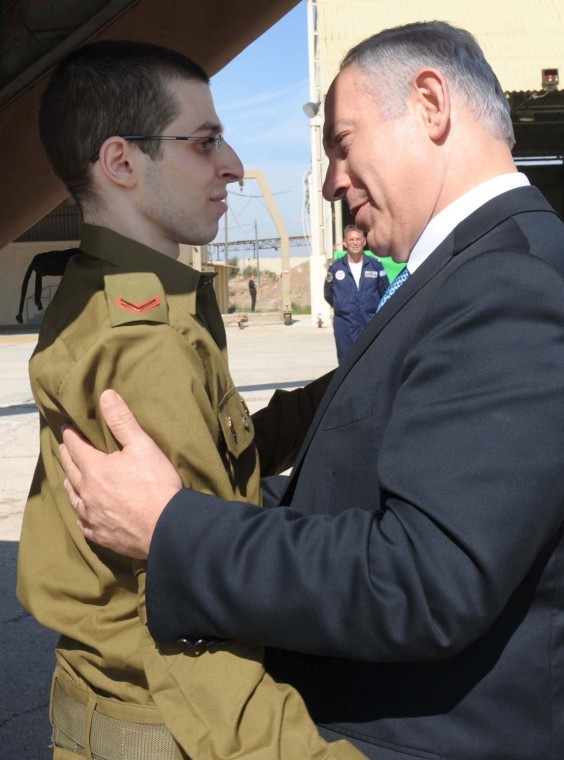 The Deal: Israel and Hamas conduct a prisoner exchange following the Gilad Shalit deal struck a week earlier, releasing over 1,000 Palestinian prisoners in return for one Israeli soldier held for six years.

The Brokers: Palestine and Egypt

Nine years ago, on October 18, 2011, the historic prisoner exchange deal between Israel and the Palestinian resistance group Hamas took place, with its long-lasting effects still impacting on the present day. Known as the “Gilad Shalit deal”, it saw the release of the Israeli soldier Gilad Shalit who was captured by Hamas near the fence separating Gaza and Israel in 2006, in return for the liberation of 1,027 Palestinian prisoners.

The deal was signed in Egypt on October 11, 2011, and was the result of months of clandestine talks between the leadership of Hamas and Israel, with Egyptian and German authorities involved in the compilation of the list of prisoners to be released.

It was hailed a success by many on both the Palestinian and Israeli sides, with the former viewing it as a golden opportunity to return thousands of its people from Israeli jails, in return for one soldier. While the latter saw it as a moral victory signifying the notion that one Israeli life is worth a thousand Palestinian lives.

It was also seen as a failure by others on both sides, however. Some in Israel despised the release of Palestinians fighters and figures who had Israeli “blood on their hands”, for only one soldier, and some on the Palestinian side were sceptical of the Israeli guarantee that it would return all the prisoners as agreed.

A week later, on 18 October, the exchange finally took place in a staggered method. Shalit was transported by Hamas across the Gazan border crossing into Egypt, where he was held by the Red Cross and Egyptian authorities for a few hours, before being transported to Israel. That same day, 27 of the Palestinian prisoners were released and sent to Egypt, followed by a further 450, as part of the first phase of the deal.

As part of the second phase of the release two months later in December, 550 more prisoners were released by Israel, publicly finalising the deal.

Overall, the Palestinian prisoners were a mixed crowd, with the detainees coming from a variety of parties and organisations including Hamas, Fatah, the Popular Front for the Liberation of Palestine (PFLP) and the Democratic Front for the Liberation of Palestine (DFLP). Others were not affiliated with any political or militant group, and a few were not even Palestinian, but hailed from Ukraine, Jordan and Syria.

Many of the 1,027 freed prisoners were allowed to return to their homes and families in the Gaza Strip, the West Bank and East Jerusalem. However, there were a few hundred who were released upon the condition that they would be deported and exiled, due to the danger that they allegedly posed to Israel.

Although the deal was fulfilled by Israel following Hamas’s return of Shalit – at least on paper – a series of pitfalls in the exchange emerged over the following years, revealing that Israel has circumvented and betrayed some of the terms set out by the deal.

The first of those pitfalls appeared in the second phase, when Israel liberated those who were not affiliated with acts of terrorism or resistance and did not have “blood on their hands”. A significant amount were revealed to not even be diplomatically effective with their release, with 300 of the freed prisoners intended to be released within a year regardless.

Furthermore, Israel also refused to free many notable senior Palestinian resistance figures such as Marwan Barghouti and Ahmad Sa’adat, keeping them imprisoned. This was reportedly for the purpose of giving Israel leverage in future negotiations for prisoner exchanges.

In 2014, Israel then launched a spree of arrests throughout the Palestinian territories, in response to the capture of three Israeli teenagers in the West Bank, re-arresting 60 of those who were released as part of the Shalit deal.

All of these moves by the Israeli side proved to the Palestinian leadership, regardless of their faction, that Israel had breached the terms of the deal and essentially betrayed the agreement over the years following the initial prisoner exchange.

The effects of the deception by Israel is still resented by Hamas, announcing in June of this year that there would be no further negotiations for prisoner exchanges until those who were re-arrested by Israel in 2014 are released once again.