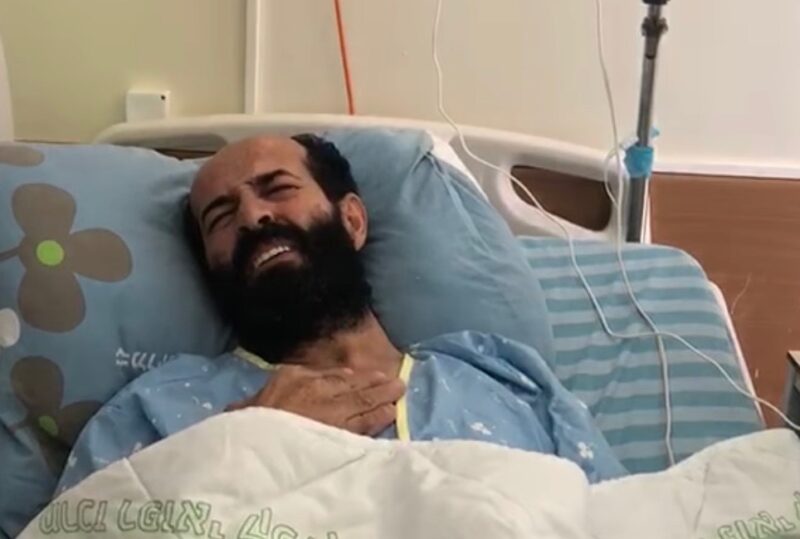 The Palestinian Center For Human Rights (PCHR): On Monday, 12 October 2020, the Supreme Court of Israel refused to release Maher al-Akhras, an administrative detainee on a hunger strike for 79 days in protest of his arrest without a charge or trial since 27 July 2020, despite of his seriously deteriorated health condition in the last days. The Court issued a conditional and non-binding recommendation to the Israel occupation forces (IOF) to release al-Akhras on 26 November 2020, which is a de facto death sentence on al-Akhras.

According to the Palestinian Centre for Human Rights’ (PCHR) follow-up, the Court’s decision was as follows: “We suggest that the administrative detention in question be effective from 27 July 2020 to 26 November 2020, it shall not be renewed provided the petitioner ends his hunger strike immediately; unless new information is presented regarding the risk expected of the petitioner or any other changes in circumstances that increase the risk of releasing the petitioner.”

PCHR condemns the Supreme Court of Israel’s decision in the strongest terms. This decision pronounces the Court’s double standards in dealing with Palestinians and the extent to which the Israeli occupation’s system disregards their lives. Despite that, the Israeli law that legalizes administrative detention linked its application to the existence of a real threat posed by the arrested person; the Court whose main mission is to ensure that laws are properly applied, did not consider the fact that al-Akhras’ deteriorating health condition does not support the claim that he would pose a threat of any kind to Israel, as his condition requires months of treatment to recuperate.

Therefore, the Court’s decision against the immediate release of al-Akhras, and its persistence to keep him locked until the end of the month, while well aware of his health condition is a brutal and arbitrary abortion of facts and proper application of the Israeli law, which is inherently unjust itself. This affirms PCHR’s position that the Court continues to adhere to the Israeli military authority when the issue pertains to Palestinians.

It should be noted that al-Akhras’ lawyer submitted an application to release him on 23 September 2020, and the Israeli court ordered to freeze the administrative detention decision without releasing al-Akhras. Therefore, the lawyer submitted another application on 01 October 2020, but the court rejected it under the pretext that there is no decision to abolish in the first place, because it had already been frozen by the court. This decision came with new dodge, through a futile recommendation to release al-Akhras in a month and a half, in complete disregard to the fact that he is on hunger strike and that his health condition is critical and there is an imminent danger to his life.

Administrative detention is an arrest is based on information provided by an Israeli Intelligence officer in a certain area, and this information cannot be disclosed in the Court even for the accused person or their lawyer under the pretext that it is confidential information. The Israeli Military Judge, who is usually a reserve officer, is the only person who can access this information and, in most cases, adopts it as fact without examination or discussion. Consequently, the defendant is deprived of his right to defense, since there is no charge to challenge, and the lawyer cannot submit counter arguments without knowing the information on which the prosecution based its case. Consequently, the defense’s job becomes ghost-hunting mission.

PCHR is sounding the alarm on international silence in the face of the Israeli occupation’s crimes, which is, effectively, a green light for the occupation to continue committing its crimes. PCHR calls upon international human rights bodies and the free persons of the world to intervene immediately to save al-Akhras’ life before it is too late.