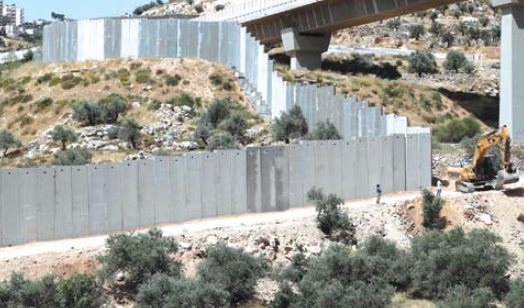 Israeli forces have continued to commit crimes, inflicting civilian casualties. They have also continued to use excessive force against Palestinian civilians participating in peaceful protests in the West Bank and Gaza Strip, the majority of whom were youngsters. During the reporting period, Israeli forces killed 2 Palestinian civilians, including a woman, in the West Bank, and wounded 8 others, including a girl child and her sister.

In the West Bank, in a new crime of excessive use of lethal force, Israeli forces killed Ansar Harsha (25), from Qufin village, north of Tulkarm, while she was present at Enab military checkpoint, east of the city, on 02 June 2016. Israeli websites claimed that the Palestinian woman had arrived at the checkpoint with a small knife in her hand. She attempted to stab someone, but the Israeli soldiers opened fire at her, due to which she sustained serious wounds and then died. It should be noted that the aforementioned woman did not pose any threat to the Israeli soldiers. Besides, she was a mother of 2 children and had left home on the above mentioned day heading to Nablus to apply for a job.

In another crimes of excessive use of force, Israeli forces killed Jamal Dweikat (20), from Balatah village, east of Nablus. According to PCHR’s investigations, on Thursday, 02 June 2016, Israeli forces moved into Balatah village in company of dozens of buses carrying settlers to Joseph Tomb. In the meanwhile, dozens of youngsters gathered and threw stones and empty bottles at the Israeli vehicles, due to which, Israeli forces opened fire to disperse them. As a result, the aforementioned person sustained a bullet wound to the head. He was then taken to Rafidiya Hospital, as his wound was very critical. He was admitted to the operations room. On 04 June 2016, Dweikat was transferred to Tel HaShomer Hospital in Israel. On Monday, 06 June 2016, medical sources at the Palestinian Ministry of Health pronounced Dweikat dead. It should be noted that another child was wounded on that day too.

On 03 June 2016, a 21-year-old male was wounded by a bullet to the left leg when Israeli forces moved into Kufor Malek village, northeast of Ramallah.

In the context of using forces against peaceful protests, 3 Palestinian civilians were wounded in 2 peaceful protests organized at the eastern entrance to Kufor Qaddoum village, east of Qalqilya on Friday and Saturday, 03 and 04 June 2016.

In the Gaza Strip, in the context of Israeli forces opening fire at peaceful protests, on 03 June 2016, Israeli forces opened fire at dozens of Palestinian youngsters who headed to the border fence between the Gaza Strip and Israel, east of al-Shuja’iya neighbourhood, east of Gaza City. They threw stones at the Israeli soldiers stationed at the border fence, as a result, a civilian was hit with a bullet to the right leg.

Concerning targeting Palestinian fishermen in the Gaza Strip Sea, Wafa’ al-Sha’er (17) sustained a superficial wound to the right buttock and her sister Eman (21) was hit with the same bullet that settled in her left leg. They were wounded by the random gunfire of Israeli gunboats stationed off Rafah shore, south of the Gaza Strip.

On 02 June 2016, Israeli gunboats stationed off al-Sudaniya shore, north of the Gaza Strip, opened fire at Palestinian fishing boats sailing within 3 nautical miles in the sea.

On 03 June 2016, Israeli gunboats stationed off al-Waha shore, northwest of Beit Lahia, north of the Gaza Strip, opened fire at the Palestinian fishing boats twice. No casualties were reported in both incidents.

On 07 June 2016, Israeli gunboats stationed off Rafah shore, south of the Gaza Strip, opened fire at a group of Palestinian fishing boats sailing within 6 nautical miles. Neither casualties nor material damage were reported.

On 08 June 2016, Israeli gunboats opened heavy fire at fishing boats sailing off al-Waha shore, north of the Gaza Strip. Two gunboats surrounded a fishing boat manned by 3 fishermen: Khalil (21), Shaher (19) and Mohammed Abu Riyala (18), from al-Shati’ refugee camp, west of Gaza City. The Israeli navy officers ordered them to take off their clothes and swim towards one of the gunboats. The 3 fishermen were taken to an unknown destination, while the boat was drowned due to the heavy gunfire.

In the Gaza Strip, on 02 June 2016, Israeli forces moved about 150 meters into the east of al-Bureij refugee camp in the central Gaza Strip. They levelled lands along the border fence and then headed northwards to Gaza valley, after which they redeployed behind the border fence.

On 07 June 2016, Israeli forces moved about 50 meters near Sofa military checkpoint in al-Shouka village, east of Rafah. They levelled and combed lands and established sand barriers in the area. The Israeli vehicles withdrew later.

Efforts to Create a Jewish Majority:

On 03 June 2016, the Israeli municipality crews closed health service units in al-Ghawanma Gate, one of al-Aqsa mosque gates in the Old City of occupied Jerusalem. It was scheduled that the Islamic Endowments Department opens the health units building (80 health units) on 1st Ramadan to offer services to worshippers in al-Aqsa mosque during the holy month of Ramadan.

Demonstrations against the annexation wall and settlement activities

Israel has imposed a tightened closure on the West Bank. During the reporting period, Israeli forces imposed additional restrictions on the movement of Palestinian civilians:

On Thursday, 02 June 2016, Israeli forces established 2 checkpoints at the entrances to Sa’ir and Ethna villages.

At approximately 10:00 on Thursday, 07 June 2016, Israeli forces established a checkpoint under the bridge of Kharbatha al-Mesbah village, southwest of Ramallah.

At approximately 09:30 on Thursday, 02 June 2016, Israeli forces established a checkpoint at the eastern entrance to Qalqiliyah.

At approximately 22:00, Israeli forces established a similar checkpoint under the bridge of ‘Azzoun village on the main road between Qalqiliyah and Tulkarm.

At approximately 18:50 on Friday, 03 June 2016, Israeli forces established a checkpoint at the eastern entrance to Qalqiliyah.

At approximately 12:30, on Sunday, 05 June 2016, Israeli forces established a checkpoint on the main road between Tulkarm and its villages in the northern side of the city, in the crossroad between Qoffin and eastern Baqah villages, north of Tulkarm.

At approximately 18:00 on the same day, Israeli forces stationed at ‘Inab checkpoint established on the main road between Tulkarm and Nablus, east of Tulkarm, have tightened its arbitrary measures against Palestinian civilians and obstructed their way.

On Friday Dawn, 03 June 2016, Israeli municipality crews protected by Police officers closed health services units at al-Ghawanmah Gate, one of al-Aqsa mosque gates in the Old City in occupied Jerusalem. Islamic Endowments’ (Waqf) Department said that the Israeli municipality closed the gate and welded it with oxygen claiming that there are historical remnants. Islamic Endowments’ (Waqf) Department was supposed to open the health service building (including 80 units) on 1st Ramadan to absorb the arrivals to al-Aqsa mosque during this month. The Israeli municipality has issued a decision to stop the rehabilitation works of the health services building under the pretext of presence of historical remnants inside the building. This decision was issued by the orders of Benjamin Netanyahu, the President of the Israeli government.

Before the Israeli forces withdrew from the vicinity of the village, they photographed several houses in Khelat al-Sair opposite to “Karmi Tsur” settlement established on Palestinian lands that were confiscated from the southern side.