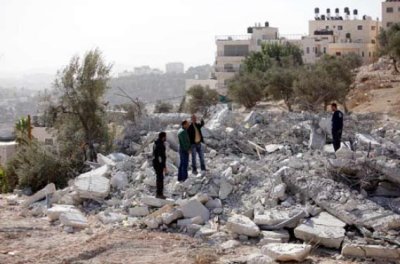 In the West Bank, in excessive use of lethal force, Israeli forces stationed at Qalandya checkpoint at the northern entrance to occupied East Jerusalem shot a Palestinian civilian dead. Israeli forces claimed that he attempted to stab an Israeli security officer.

In the Gaza Strip, in new crime of excessive force, Israeli forces killed a Palestinian civilian and wounded 2 others during peaceful protests in the West Bank and Gaza Strip.

On the same day, a Palestinian civilian was wounded during a peaceful protest near the border fence, east of al-Shuja’iya neighbourhood, east of Gaza City.

In context of targeting Palestinian fishermen in the sea, on 18 November 2016, Israeli gunboats stationed in the sea, northwest of al-Waha shore, northwest of Beit Lahia, north of the Gaza Strip, opened fire at Palestinian fishing boats. Similar attacks happened in the same area on 19, 20 and 21 November 2016. It should be noted the fishing boats were sailing within 2-3 nautical miles and no casualties were reported.

In the context of seizing houses in favour of settlement activities, on 17 November 2016, Ateret Cohanim handed over Ghaithand Shehada families in Batn al-Hawa neighbourhood in Silwan village, south of the city, notices claiming the land on which the houses of the two families were built.

Concerning targeting educational institutions in the city, on 19 November 2016, Israeli forces raided the campus of al-Quds (Abu Dis) University, east of occupied Jerusalem. They damaged some contents and confiscated belongings of student unions during a student fair that is annually held by the Islamic organization in the university.

On 20 November 2016, Israeli forces distributed 12 notices to halt construction works for Palestinian families in Kherbet Um al-Khair, southeast of Yatta, south of Hebron, under the pretext of building without a license from the Israeli authorities.

Following the Friday prayer on Friday, 18 November 2016, dozens of Palestinian civilians and Israeli and international human rights defenders organized demonstrations in Bil’in and Ni’lin villages, west of Ramallah; al-Nabi Saleh village, northwest of the city and Kafer Qadoum village, northeast of Qalqiliyah, protesting against the annexation wall and settlement activities. Israeli forces forcibly dispersed the protests, firing live and metal bullets, tear gas canisters and sound bombs. They also chased the protesters into olive fields and houses. As a result, many of the protesters suffered tear gas inhalation while others sustained bruises as Israeli soldiers beat them up.

In a new crime of using lethal force, Israeli forces killed a Palestinian civilian while 2 others sustained moderate wounds. That happened when those civilians were participating in a peaceful demonstration, east of al-Buraij, in the central Gaza Strip, protesting against the Israeli violations in the West Bank.

According to investigations conducted by PCHR’s fieldworker, at approximately 14:30 on Friday, 18 November 2016, dozens of youngsters made their way to the border fence between the Gaza Strip and Israel, east of al-Buraij in the central Gaza Strip. They threw stones at the Israeli soldiers stationed behind sand barriers. The soldiers fired live bullets and tear gas canisters at the youngster in response. As a result, Mohammed Abu Sa’ad (25), from al-Nuseirat, sustained a live bullet wound to the chest (the bullet entered and exited the chest) and immediately died. Moreover, 2 other civilians were wounded namely Mohammed Subhi Arafah (28), who sustained a live bullet wound to the left hand, and Ali Suhail Mansour (25), who was hit with a tear gas canister to the head. Israeli forces also abducted Ahmed Mohammed al-Esawi (25) and released him the next day.

Around the same time, Israeli forces stationed at the border fence between the Gaza Strip and Israel, east of al- Sheja’eya neighbourhood, east of Gaza, fired live bullets and rubber-coated metal bullets at dozens of civilian young men, who made their way to Nahal Oz area, east of al- Nahal Oz, to participate in activities supporting Jerusalem. As a result, Hashem Adel Mesbah Suaidan (27) was hit with a live bullet to the feet. Hashem was transported via a Palestinian Red Crescent Society (PRCS) ambulance to al-Shiaa’ Hospital to receive medical treatment. Doctors classified his wound as minor.