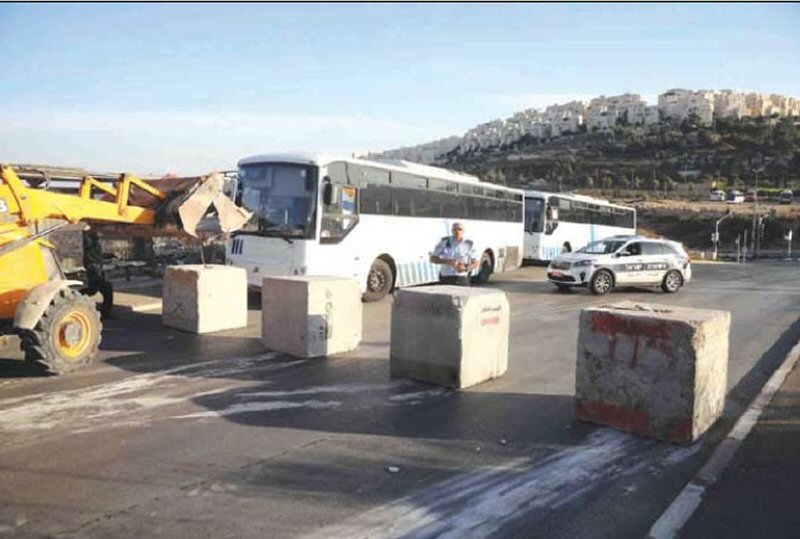 As part of the Israeli violations of the right to life and bodily integrity, Israeli forces killed a Palestinian civilian and wounded 67 others, including 30 children, a woman, and a paramedic on 77th Friday of the Great March of Return in the Gaza Strip.  Furthermore, a civilian succumbed to wounds he sustained 8 months ago at the Great March of Return protests. Meanwhile in the West Bank, the Israeli forces wounded 11 Palestinian civilians, including 2 journalists and an Israeli activist; 3 of those wounded, including the activist, were wounded during the peaceful protests weekly organized on Friday against the occupation and settlement activity. While others, including the journalists, were wounded during Israeli forces raids to Palestinian cities, and an incident near the Annexation Wall in the West Bank.

As part of the Israeli incursions and house raids, Israel carried out 80 incursions into the West Bank, including occupied East Jerusalem, and raided civilian houses, attacking and enticing fear among residents in addition to shooting in many incidents. As a result, 60 Palestinians were arrested, including 2 children and a woman. During this week, the Israeli forces raided Augusta Victoria Hospital in occupied East Jerusalem and searched the Oncology Department.  They ransacked through the department and terrified patients with their police dogs.

Under the settlement expansion activities in the West Bank, including occupied East Jerusalem, PCHR documented 2 house demolitions in Hebron and Jenin and 8 attacks by settlers, including throwing stones at vehicles and puncturing their tires; preventing farmers from entering their lands; cutting and burning olive trees; raiding al-Aqsa and al-Ibrahimi Mosques and closing the latter.

In terms of the Israeli closure policy, the Gaza Strip still suffers the worst closure in the History of the Israeli occupation of the oPt as it has entered the 14th consecutive year, without any improvement to the movement of persons and goods and ongoing isolation of the Gaza Strip from the West Bank and the rest of the world. Meanwhile, the West Bank is divided into separate cantons with key roads blocked by the Israeli occupation since the Second Intifada and with temporary and permanent checkpoints, where civilians’ movement is restricted and others are arrested.

Moreover, during the reporting period, Israel imposed a complete closure on the West Bank and the Gaza Strip for Jewish Holidays.  In the West Bank, Israel completely closed the King Hussein Bridge starting from 08:00 on Tuesday, 08 October 2019, to Thursday, 10 October 2019, as announced by the General Administration of crossings and borders.

Israeli forces continued the excessive use of lethal force against “The Great March of Return and Breaking the Siege” (GMR) peaceful demonstrations in the Gaza Strip; as well as protests in the West Bank against settlement expansion activities.

This week’s protest in Gaza was titled “Reconciliation is the People’s Choice,” and witnessed large civilian participation, faced with excessive and lethal force by Israeli forces despite the peaceful nature of the demonstrations. At approximately 15:00 on 04 October 2019, protests started across the five GMR encampments until 19:00, and involved activities such as speeches and theatrical performances. Hundreds of civilians protested at varied distances from the border fence across the Gaza Strip, and threw stones, firecrackers and Molotov Cocktails at Israeli forces. As a result, a civilian was killed and 67 other were injured, including 30 children, a woman and a paramedic. Additionally, a previously wounded civilian at GMR succumbed to his wounds.

Civilian Succumbed to his wounds in northern Gaza Strip:

According to PCHR’s investigations, on 22 February 2019, Hejazi sustained serious wounds after he was shot with a live bullet in the thighs in eastern Jabalia, damaging his veins, tendons and arteries. He sustained additional wounds on 19 April 2019, as he was shot with a live bullet in the right knee in eastern al-Buraij camp protests in the central Gaza Strip. As a result, Hejazi suffered from another cut in the veins and arteries. Hejazi later suffered from blockage of arteries leading to a coma. At approximately 14:00 on Sunday, 06 October 2019, Hejazi was taken to the Indonesian Hospital and doctors said that he suffered from clots. He was admitted to the Intensive Care Unit (ICU); unfortunately, he was pronounced dead at approximately 09:30 on Monday, 07 October 2019. Hejazi was transferred to the Forensic Medicine Department in al-Shifa Hospital to reveal the cause of death; the forensic report identified the complications of thrombosis in the blood vessels in the lower extremities as the cause of death. Therefore, the Palestinian Ministry of Health officially announced that Hejazi’s death was caused by his wounds.

This decision is part of the collective punishment policy adopted by the Israeli forces against families of Palestinian individuals accused of carrying out attacks against Israeli forces and/or settlers. Israeli forces blew up Abu Hmaid family on Saturday, 15 December 2018 as a punishment for her after her son Islam threw a stone at the head of a soldier on 06 June 2018 leading to his death. Before its demolition, their residence was a 4-story house built on an area of 150 square meters. It should be noted that Israeli forces demolished Abu Hmaid family for the third time as they demolished it before in 1994 and in 2003. Moreover, Abu Hmaid’s family has 6 prisoners, who serve their sentences in the Israeli prisons; the last one of them was Islam, who was arrested on 13 June 2018.