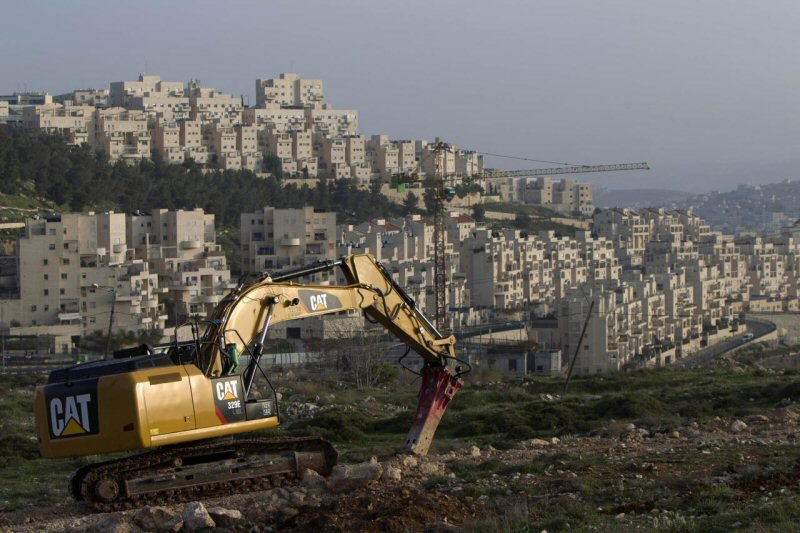 Israeli forces continued with systematic crimes in the occupied Palestinian territory (oPt) for the week of 05 – 11 October, 2017.

During the reporting period, Israeli forces wounded 5 Palestinian civilians, including 4 children, in the West Bank and Gaza Strip.  In the Gaza Strip, Israeli naval forces continued to chase Palestinian fishermen in the Sea and open fire at farmers and houses in the border areas.

In the West Bank, 05 October 2017, a Palestinian child was wounded when Israeli soldiers who established a checkpoint in al-Sweitat area, south of Jenin, opened fire at civilians in the vicinity of the checkpoint.  The child was hit with a bullet to the right thigh and then arrested along with two other civilians.  They were taken to al-Jalamah checkpoint, north of the city. The child was then transferred via a Palestine Red Crescent Society (PRCS) ambulance.

On 10 October 2017, a 14-year-ld child was wounded with a rubber-coated metal bullet to his right foot when Israeli forces opened fire at youngsters protesting against the soldiers’ incursion into al-Thaher area near “Karmei Tzur” settlement, south of Beit Ummer village, north of Hebron.

On 11 October 2017, an 18-year-old civilian, from ‘Askar al-Jadid refugee camp, northeast of Nablus, was hit with 3 rubber-coated metal bullets to the back, left shoulder and right leg.  He was wounded when Israeli forces moved into the city to secure the entry of dozens of buses carrying settlers to Josef’s Tomb in Balatet al-Balad, so dozens of children and youngsters protested against them.

In the pretext of targeting Palestinian fishermen in the Sea, on 05 October 2017, Israeli gunboats opened fire at the Palestinian fishing boats, northwest of Beit Lahia in the northern Gaza Strip and chased them.  The shooting recurred in the same area on 07 October 2017.

On 06 October 2017, Israeli gunboats opened fire at the Palestinian fishing boats, west of al-Soudaniya, west of Jabalia in the northern Gaza Strip, and chased them.  The shooting recurred in the same area on 07 October 2017.  The shooting forced the fishermen to flee for fear of being wounded.  However, neither casualties nor damage to the boats were reported.

In the context of targeting the border areas, on 07 October 2017, Israeli forces stationed along the border fence between the Gaza Strip and Israel, north of Um al-Nasser “Bedouni Village” in the northern Gaza Strip, sporadically opened fire at the border area.  However, neither casualties nor damage to property were reported.

On 09 October 2017, Israeli forces stationed along the border fence between the Gaza Strip and Israel opened fire at the lands and houses, east of al-Bureij and Gaza Valley village in the central Gaza Strip.  Neither casualties nor damage to the property were reported.

On the same day, Israeli forces stationed along the border fence between the Gaza Strip and Israel fired 2 artillery shells at a watchtower belonging to the Palestinian armed groups, east of al-Maghazi in the central Gaza Strip.  As a result, the watchtower sustained damage, but no casualties were reported.  Israeli forces re-shelled the abovmentioned watchtower on 11 October 2017.

In the Gaza Strip, on 10 October 2017, Israeli forces moved into the southeastern side of Beit Hanoun village in the northern Gaza Strip.  They patrolled to the south and stationed off Abu Safiyah Military Site, east of Jabalia.  They levelled and combed vacant lands previously levelled amist Israeli sporadic shooting.  They later redeployed along the border fence between the Gaza Strip and Israel.

In the context of Israeli settlers’ attacks against Palestinian civilians and their property, hundreds of settlers raided al-Aqsa Mosque and is yards in East Jerusalem’s Old City while prayers and demonstrations were held in al-Buraq Wall yard and Silwan village, south of the mosque, to mark the Jewish Sukkot Holiday.  As a result, the Israeli police closed the roads to the area, and a helicopter was hovering over the city.

As part of settlers’ attacks against Palestinian civilians and their property, on 05 October 2017, 3 settlers near “Shilo” settlement on Ramallah-Nablus Road threw stones at a Palestinian civilian car carrying 3 civilians.  As a result, its window was broken and one of the passengers was hit with a stone to the right side of his head.  The wounded civilian was taken to Istishari Hospital in al-Rihan Suburb, north of Ramallah.  Following medical check-up, it was found out that he suffered from a skull fracture and severe bleeding in his head, so he is in the ICU now due to his serious condition.

On 06 October 2017, Israeli settlers gathered on Bypass Road 60 near the sub-road leading to Kherbet al-Boq’ah, east of Hebron, to throw stones at the Palestinian vehicles traveling on the road.  As a result, the window of a car belonging to Nemer Jaber (40) was broken, and his daughter, Yafa, sustained glass shrapnel wounds.  She was taken to the Hebron Governmental Hospital to receive medical treatment.

Abed Yousef al-‘Obaidy, one of the vehicle’s passengers, said to PCHR’s fieldworker that,

“At approximately 20:30 on Thursday, 05 October 2017, my friends, Mohamed Jara’rah (26), from ‘Asira village, north of Nablus; and Ghassan Qasrawi, from Masliya village, southeast of Jenin; and I were heading to our work from Nablus to Bethlehem via a car driven by Ghassan as we are officers at the Palestinian National Security Service. While we were on our way near “Shilo” settlement, we saw 3 Israeli settlers on the right side of Ramallah-Nablus Main Road. One of the settlers had a torch and sporadically pointing it towards us.  I said to Ghassan: slow down. I think this is the Israeli police. We were around 100 meter away from them. Ghassan slowly drove and when we approached them, we then knew they were Israeli settlers. In the meantime, one of them threw stones at the right window, which was closed, and broke it. Another settler threw stone at the right rear window next to Mohammed, so he was hit with the stone to the head. Mohamed shouted and was bleeding. I quickly told Ghassan to head to the Palestine Medical Complex in Ramallah. Mohamed received medical treatment and underwent a CT scan, which showed that he suffers from a skull fractur and severe bleeding in the head. He was then transferred to the Isitishari Hospital in al-Rihan suburb.”