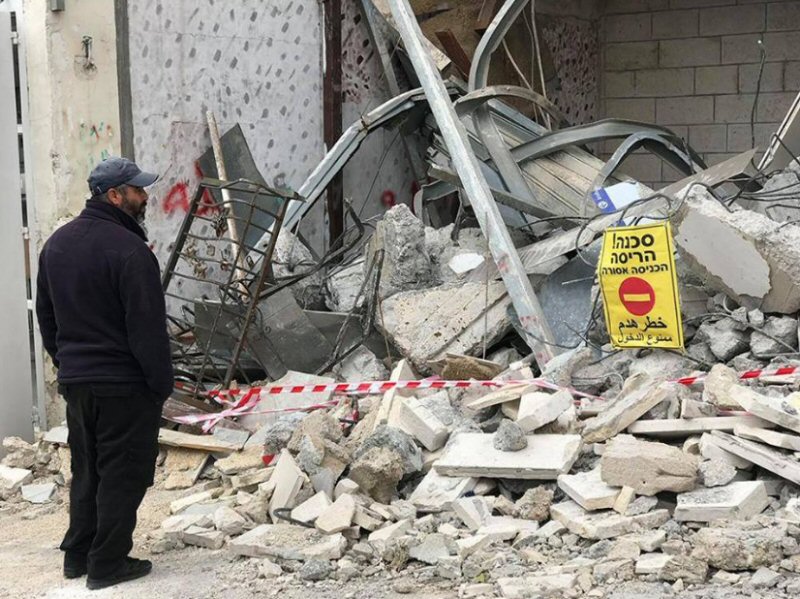 Israeli forces continued with systematic crimes, in the occupied Palestinian territory (oPt), for the week of 06 – 12 December, 2018.

Israeli forces continued to use excessive force against protestors in the Gaza Strip. A 4-year-old child was killed in the southern Gaza Strip, while 93 civilians, including 22 children, 2 women, 2 journalists, and 2 paramedics, were wounded; the injury of 3 of them was reported as serious.

In the West Bank, on 11 December 2018, Israeli forces killed a Palestinian civilian from Ethna village, west of Hebron after opening fire at his vehicle in al-Ras neighborhood, west of the abovementioned village. He was then taken via a PRCS ambulance to al-Ahli Hospital in Hebron, where medical sources declared his death shortly after his arrival.  The Israeli forces claimed that Civil Administration officers were carrying out a mission in Ethna village when a car driver attempted to run over Israeli Border Guard officers who were with the Civil Adminstration officers.  The soldiers then opened fire at the car after its driver refused to stop for searching him.  As a result, the driver was wounded.

In the same context, the Israeli forces during the reporting period wounded 29 civilians, including 4 children, in separate shooting incidents.

In the Gaza Strip, as part of using excessive force against the peaceful protesters along the Gaza Strip borders, during the reporting period, Israeli forces wounded 93 civilians, including 23 children, 2 women, 2 journalists, and 2 paramedics.  The injury of 3 of those wounded was reported serious.

As part of targeting the border areas on 12 December 2018, Israeli forces stationed along the border fence between the Gaza Strip and Israel opened fire at the shepherds in eastern al-Qararah village, east of Khan Younis, but no injuries were reported.

During the reporting period, Israeli forces conducted at least 98 military incursions into Palestinian communities in the West Bank and 8 similar incursions into Jerusalem and its suburbs. During those incursions, Israeli forces arrested at least 55 Palestinians, including 3 children and 2 journalists, in the West Bank.  Moreover, 16 others, including 2 children, were arrested in Jerusalem and its suburbs.

As part of the Israeli house demolitions and demolition notices, on 11 December 2018, Israeli forces demolished an under-construction house belonging to ‘Omer Rahaliyah (37) in al-Jaftalak village, north of Jericho.  The 170-square-meter house is comprised of 2 floors.  During the demolition, the Israeli soldiers opened fire at the above-mentioned civilian’s vehicle and caused material damage to its structure.  He was then beaten up, arrested and then taken to an unknown destination.  It should be noted that the abovementioned civilian lives in one room with his wife and 3 children while he started building this house 6 months ago.

As part of the Israeli settlers’ attacks against the Palestinians civilians and their property, PCHR’s fieldworkers in the West Bank documented 2 attacks that were carried out by the Israeli settlers during the reporting period.  As a result, 11 cars sustained damage in the villages of Ramin, east of Tulkarm and Bitin, east of Ramallah.

In the Thirty-Seven week of the March of Return and Breaking Siege activities, Israeli forces wounded 93 civilians, including 23 children, 2 women, 2 journalists and 2 paramedics. The incidents were as follows:

Efforts to Create A Jewish majority