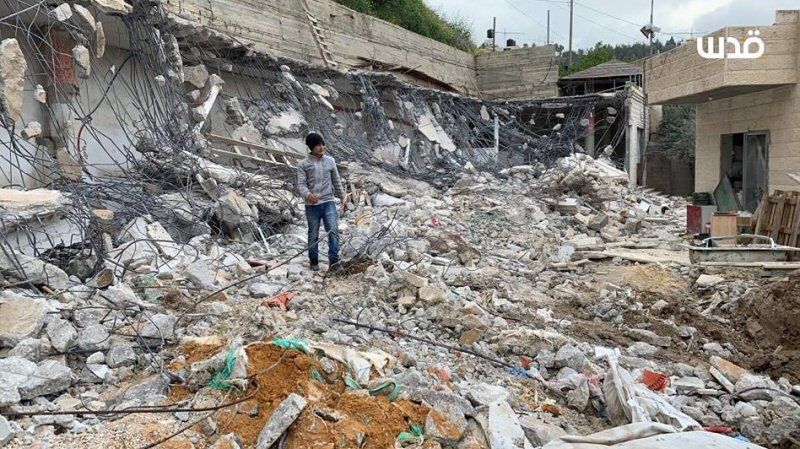 Israeli forces continued with systematic crimes, in the occupied Palestinian territory (oPt), for the week of 11 – 17 April, 2019.

Israeli forces continued to use excessive force against peaceful protestors in the Gaza Strip. A Palestinian child was killed and another succumbed to his wounds. 98 civilians, including 26 children, 6 women, 3 paramedics and a journalist, were wounded. The injury of 1 of them was reported serious. 3 Palestinian civilians were wounded in the West Bank.

In the Gaza Strip, the Israeli forces continued to use lethal force against the participants in the peaceful protests organized within the Great March of Return and Breaking the Siege along the Gaza Strip borders, which witnessed the peaceful protests for the 54th week along the eastern and northern border area of the Gaza Strip. They also continued to use force against Palestinians protesting against the incursions into the West Bank. In the Gaza Strip, During the Great March of Return and Breaking the Siege protests, Israeli forces killed a Palestinian civilian and wounded 98 civilians, including 26 children, 6 women, 1 journalist and 3 paramedics. The injury of 1 of those wounded was reported serious.  Another child succumbed to his wounds in the Israeli hospitals as he was previously wounded when attempting to sneak into Israel to work there.  Moreover, a fisherman was wounded. In the West Bank, Israeli forces wounded 3 Palestinian civilians while another a child was wounded after Israeli settlers opened fire at the child.

In the Gaza Strip, on 12 April 2019, Israeli forces killed Maysarah Abu Shallouf (15) from ‘Ezbet Beit Hanoun after being wounded with a bullet to the left waist while participating in the Great March of Return and Breaking Siege.  At approximately 17:00, Maysarah was few meters away from the border fence between Israel and the Gaza Strip. He was left bleeding for 20 minutes as the Israeli forces denied the medical personnel’s access to him. At approximately 17:40, he was then referred to the Indonesian Hospital in Jabalia and was admitted to the Intensive Care Unit in the Emergency Department, where his death was declared at approximately 17:55.

In the same context, on 13 April 2019, the Palestinian liaison declared the death of Ishaq Ishteiwi (16) from al-Shokah village, east of Rafah City, after succumbing to wounds he sustained on 03 April 2019 while sneaking into Israel and arresting him along with 2 of his friends, east of the village.  His father said that one of his relatives received a call from the Palestinian Liaison at approximately 17:30 on the abovementioned Sunday and informed him of Ishaq’s death.

As part of the collective punishment policy adopted by the Israeli forces against the families of Palestinians accused of carrying out attacks against Israeli soldiers and/or settlers, on Wednesday early morning, 17 April 2019, the Israeli forces demolished a house belonging to the family of Saleh ‘Omer al-Barghouthi from Cooper village, north of Ramallah. The one-story house was built on an area of 280 square meters and sheltered his wife and 3-year-old son.  In a crime of extra-judicial execution, Saleh al-Barghouthi was killed by the Israeli forces on 12 December 2018 when he was accused of carrying out a shooting attack on 09 December 2018 at a bus stop near “‘Ofra” settlement in northeaster Ramallah and wounding 7 settlers.

During the reporting period, Israeli forces conducted at least 71 military incursions into Palestinian communities in the West Bank and 5 other incursions into Jerusalem and its suburbs. During those incursions, Israeli forces arrested at least 58 Palestinians, including 4 children, from the West Bank, while 14 other civilians, including 5 children, were arrested from Jerusalem and its suburbs.  Among those arrested was ‘Adnan Ghaith, Jerusalem’s Governor, who was arrested from his family house in Silwan village, south of occupied East Jerusalem’s Old City.

As part of the Israeli house demolitions and notices, 13 April 2019, Shadi and Fadi al-‘Ajlouni self-demolished their houses in occupied East Jerusalem’s Old City.  Shadi al-‘Ajlouni said that the Israeli municipality issued a decision to demolish the 40-square-meter residential apartment where he lived with his brother.  The Muncipality gave the family till the end of the monst to apply the demolition decision or its staff will do so and the family has to pay the demolition costs in addition to a financial fine.  The house was built 2 years ago of “reinforced gypsum, tin plates, and bricks” on the family house roof as a third floor comprised of 2 rooms and a joint kitchen, sheltering 8 members; half of them are children.

On 15 April 2019, ‘Awad al-‘Abbasi self-demolished his house in al-Sweih neighborhood in Silwan, south of East Jerusalem’s Old City.  He said that he demolished his under-construction house after the Israeli municipality issued a decision to demolish the house under the pretext of unlicensed building.  He added that in the last days, he went to a lawyer and an engineer attempting to obtain a license for the house but in vain.  Thus, he was forced to self-demolish his house to avoid paying the fine and the demolition expenses for the municipal staffs.  al-‘Abbasi said that the Israeli muncipality demolished his house in 2007 and rebuilt it last year to shelter his family.

In the same context, on 14 April 2019, the Israeli Supreme Court dismissed a challenge filed by Palestinian families living in Yasoul Valley neighbourhood in Silwan village, south of occupied East Jerusalem’s Old City to stop the demolition of their houses that are partially built on a land where “Elad” Settlement Organization tries to build Jewish tourism projects.

A Palestinian Child Succumbed to his Wounds in Israeli Hospitals

In the 54th week of the March of Return and Breaking Siege activities, Israeli forces wounded 98 civilians, including 26 children, 6 women, a journalist and 3 paramedics. The incidents were as follows:

It should be noted that both of the wounded paramedics work for Emergency Youth Team.

Israeli forces continued to target the areas in the West Bank classified as C according to Oslo Accord signed by the Israeli government and Palestine Liberation Organization (PLO) and the areas located in the vicinity of settlements and route of the separation wall in order to expel them from the Palestinian residents for the sake of settlement expansion.

It should be noted that these outposts control over 80% of the village land.