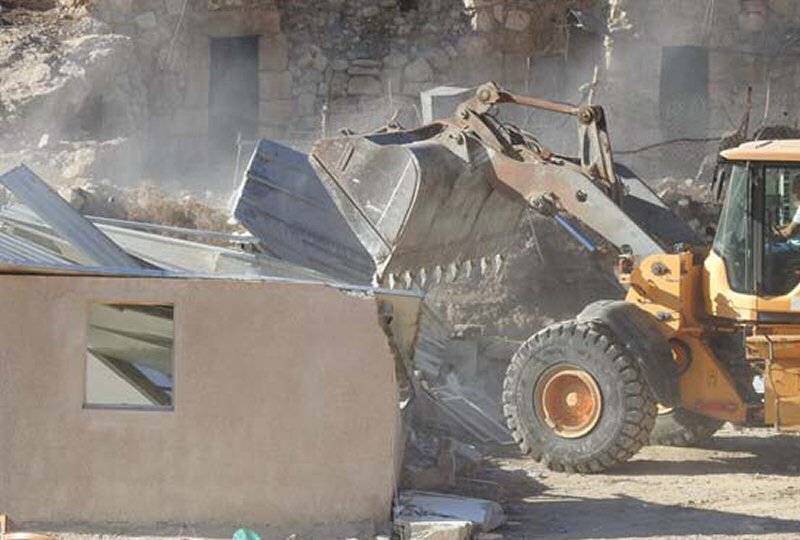 In terms of excessive use of force, IOF killed 2 Palestinian civilians, including a child, and wounded 8 others in the West Bank and Gaza Strip.  On 29 November 2019, IOF killed Fahd Mohammed al-Astal (16) and injured 7 other civilians, including 5 children, in use of excessive force against the protesters in eastern Khan Younis.  The next day in the West Bank, Badawi Khaled Badawi Masalmah (18) was killed and 2 children were arrested after IOF opened fire at them when they were throwing stones at Israeli vehicles passing on the road between “Negohot” and “Shegav” settlements adjacent to Beit ‘Awwa village, southwest of Dura, southwest of Hebron.

Under the settlement expansion activities in the West Bank, PCHR documented 8 IOF violations that included construction works interrupted in an agricultural road in Hebron; 40 olive seedlings uprooted, west of Salfit; an under-construction house demolished in Nablus;  a construction vehicle demolished under the pretext of being built without license in Area (C) in disregard for the construction license the owner obtained from the Palestinian Authority; 2 water tanks destroyed in the Northern Jordan Valleys; a tin-plate dwelling dismantled in Hebron; and a cement mixer confiscated in Salfit.  Moreover, the Israeli Defence Minister, Naftali Bennett, approved the construction of 31 new settlement units in the vegetable market area in the centre of Hebron’s Old City, noting that the market was seized and completely closed in 1994 following the Ibrahimi Mosque Massacre in Hebron as it was owned by the Hebron municipality and residents.  As such, settlement outpost no. 21 would takeover Hebron city center and parameters.

PCHR also documented 3 settler-attacks against Palestinian civilians and their property, including burning a car and puncturing tires of 4 other cars in Ramallah in addition to attacking agricultural lands in Nablus and writing racist slogans on the walls.

In terms of the Israeli closure policy, the Gaza Strip still suffers the worst closure in the History of the Israeli occupation of the oPt as it has entered the 14th consecutive year, without any improvement to the movement of persons and goods, humanitarian conditions and bearing catastrophic consequences on all aspects of life. Furthermore, IOF uses Erez Crossing that is designated for movement of individuals as an ambush to arrest Palestinians who obtain permits to exit via Israel.  During the reporting period, IOF arrested a Palestinian businessman from Rafah while on his way to Israel.  Meanwhile, the West Bank is divided into separate cantons with key roads blocked by the Israeli occupation since the Second Intifada and with temporary and permanent checkpoints, where civilian movement is restricted and they are subject to arrest as 7 Palestinians were arrested this week only.

PCHR documented 215 killings by Israel since the outbreak of the protests on 30 March 2018, including 47 children, 2 women, 9 persons with disabilities, 4 paramedics and 2 journalists. Additionally, 14,713 were wounded, including 3,696 children, 387 women, 253 paramedics and 218 journalists, noting that many of those injured had sustained multiple injuries on separate occasions.

According to PCHR’s investigation, at approximately 18:20, 3 young men reached an agricultural land, linking between “Negohot” and “Sheqif” settlements established on confiscated lands, west of Durra. They attempted to threw stones at military vehicles passing by. When they approached the area, Israeli soldiers opened fire at them after they set a trap for them. As a result, Badawi Khalid Masalma (18) was shot with several live bullets while the 2 other children were detained in the area, while IOF back-ups arrived at the area and the soldiers banned the ambulances to reach the area. Half an hour later, the 3 young men were transferred from the area to a military camp at the entrance of “Sheqif” settlement, adjacent to the annexation wall, west of the city. IOF declared later that Masalma died and did not give any information about the other 2 children. After the news of Masalma’s death, dozens of Palestinian young men gathered in the area, set tires on fire near the military watchtower, and threw stones at Israeli soldiers stationed in the area. The soldiers responded with a barrage of sound bombs and tear gas canisters; no casualties were reported. IOF phone called the families of the detained children and informed them that their sons are arrested without giving other information. The Palestinian Liaison was informed that Badawi’s dead body will not be delivered to them.

Full document available at the official website of the Palestinian Centre for Human Rights (PCHR).