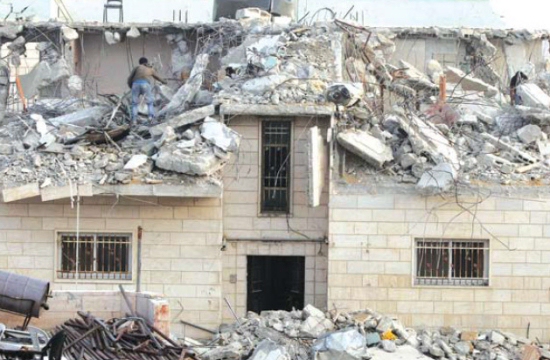 In the West Bank, on 05 August 2016, Mohammed Abu Alya (15) sustained a bullet wound to the leg when Israeli forces moved into al-Mughayer village, northeast of Ramallah and stationed at its entrance. A group of youngsters gathered and threw stones at Israeli soldiers who opened fire in response. As a result, the aforementioned child was wounded.

On the same day, Hassan Khaled Dabous, photographer at B’Tselem, was hit with a tear gas canister to the hand while covering Na’lin weekly protest, west of Ramallah. He was treated on the scene by the Palestine Red Crescent Society (PRCS) paramedics.

On 10 August 2016, 5 Palestinian civilians, including 2 children, were wounded when Israeli forces opened moved into al-Am’ari refugee camp in al-Bireh. They raided a number of houses looking for weapons. Three civilians were wounded with Two Two bullets, one sustained a live bullet wound and the 5th sustained a rubber-coated metal bullet wound to the left ear.

In the Gaza Strip, on 05 August 2016, 6 Palestinian civilians sustained live bullet wounds when dozens of youngsters headed to the border area, east of al-Shuja’iya neighbourhood, and threw stones at Israeli soldiers stationed behind the border fence. Israeli forces started opening fire sporadically. As a result, 6 civilians were wounded and then transported to Shifa Hospital in Gaza City. Their wounds were classified as moderate.

In the context of targeting Palestinian fishermen in the sea, on 07 August 2016, Israeli gunboats stationed off Khan Younis shore in the southern Gaza Strip opened fire heavily towards the Palestinian fishing boats sailing within the allowed area for fishing.  As a result, the fishermen fled away for fear of being killed or wounded.  However, no casualties were reported.

On 04 August 2016, Israeli forces moved into Yatta, south of Hebron. They raided a house belonging to the family of Mohammed Makhamrah, whose son Khaled (22) was arrested by Israeli forces after Khaled and his cousin Mohammed Ahmed Makhamrah had carried out an attack inside a restaurant in Tel Aviv and killed 4 Israelis on 08 June 2016. In the 2-storey house Khaled’s 9-member family resides on the second floor his his uncle’s 9-member family too resides on the first floor. The house was vacated and a digger then started demolishing the second floor.

An hour later, Israeli forces moved into Roqa’a area, west of the city and raided a house belonging to the family of Ahmed Makhamrah consisting of 3 floors and sheltering 7 members. Israeli forces vacated the house while the engineering team planted explosives on the third floor under the pretext it belongs to one of those who carried out Tel Aviv attack mentioned above. Half an hour later, the third floor was bombed, due to which the first and second floors sustained cracks.

Concerning house demolitions and demolition notices, on 08 August 2016, Wa’el Barakat from Ras al-Amoud neighbourhood, east of East Jerusalem, self-demolished his house to avoid paying for the demolition costs to the Israeli municipality. The aforementioned person said that he built his house 6 months ago over his old house that was built in 1967. He added that the new house cost him NIS 60,000 and he self-demolished the house to avoid paying expensive demolition costs to the municipality.

Regarding imposing strict measures on NGOs work in the city, on 08 August 2016, the Israeli police closed Sa’ed Institution for Educational Consultations in East Jerusalem’s Old City under the pretext of “supporting terrorism”. The police had summoned Jamil Hamami, member of the Islamic Higher Council, the executive director of al-Eman schools and member of the Islamic Culture Society. They handed him the closure decision that was signed by the Israeli police general inspector. It should noted that this is the second time the Institution is closed. The first time it was closed was 3 years ago.

In the same context, a group of settlers moved into Qatef valley near “Rimonim” settlement, east of al-Tibah village, northeast of Ramallah. The settlers attacked shepherds with knives and sharp tools. As a result, 3 sheep were killed and 10 others were wounded. The settlers also set fire to the weeds in the area.