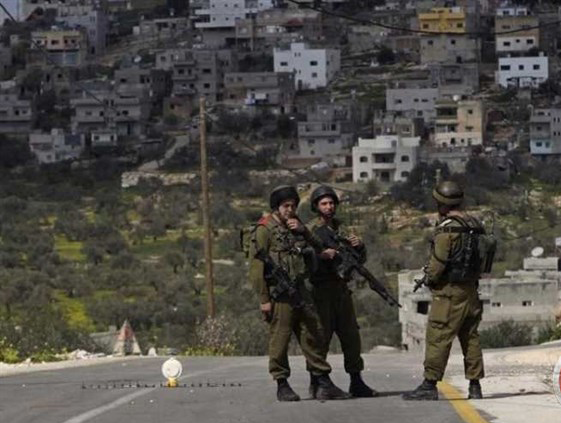 Israeli forces have continued with systematic crimes in the occupied Palestinian territory for the week of 16 – 22 February, 2016. Three Palestinian civilians were wounded, including a child, in the West Bank.

In the West Bank, On 19 February 2017, Israeli forces wounded a Palestinian child in Bazaria village, northwest of Nablus when they opened fire from an Israeli military jeep at a number of students, who were on their way out of schools, without any reason.

On 20 February 2017, Israeli forces moved into al-Am’ari refugee camp, south of Ramallah, and wounded two civilians with bullets in the lower limbs.

In the Gaza Strip, in the context of targeting Palestinian fishermen in the Gaza Sea, on 19 February 2017, Israeli gunboats stationed offshore, northwest of Beit Lahia in the northern Gaza Strip, heavily opened fire at Palestinian fishing boats and chased them.  The shooting recurred on 19 and 20 February 2017.  During the reported attacks, the Israeli naval soldiers arrested 5 fishermen; one of whom was wounded, and confiscated their boat along with the fishing net and equipment.

In the context of self-demolitions, on 17 February 2017, the family of Saleh Shweiki self-demolished their house in Beer Ayoub neighbourhood in Silwan village, south of Jerusalem’s Old City, upon a decision issued by the Israeli Municipality.  The 80-square-meter house sheltered a family of 13 members, including 8 children.

On 18 February 2017, Mo’atasem Fayez Qara’in was forced to self-demolish his house in al-Mukaber Mount village, southeast of Jerusalem, upon the Israeli Municipality’s decision and to avoid paying the Municipality’s high demolition costs.  The house was built 8 years ago on an area of 65 square meters.

In the context of demolition notices, on 19 February 2017, Israeli forces moved into al-Khan al-Ahamr Bedouin Community, east of Jerusalem, and handed the residents notices to demolish and evacuate 40 facilities, including houses, livestock barns, a school and mosque, under the pretext of building without a license.

On 22 February 2017, Israeli Municipality bulldozers demolished a residential house in “Tal’et Hezmah” area in Beit Hanina neighbourhood, north of occupied Jerusalem.  The 120-square-meter house belongs to the family of Lo’ay Abu Romouz and sheltered his family of 7 members, including 5 children.

Settlement crimes and settlers’ attacks against Palestinian civilians and their property:

On 20 February 2017, Israeli forces uprooted an 8.5-meter drinking waterline between ‘Atouf village and Kherbet al-Hadidiyah in the northern Jordan Valley.  It should be mentioned that the abovementioned waterline was donated by UNICEF and ACF and made of plastic pipes.

On the same day, Israeli forces confiscated a fuel pump belonging to Sabri Abu Mariah in Beit Zere’atah area, east of Beit Ummar village, north of Hebron.  The owner was threatened in case he re-runs the fuel station.