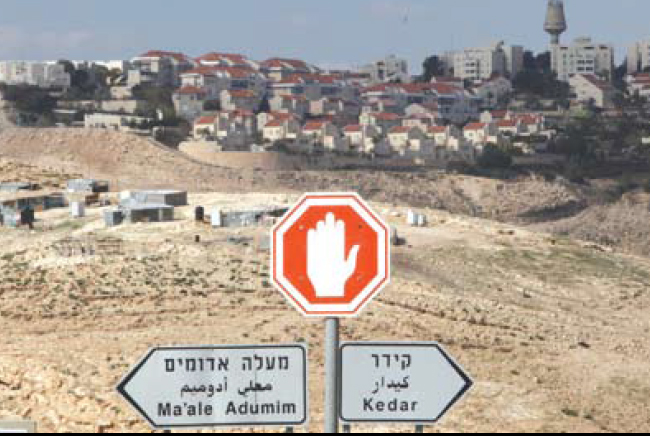 In the West Bank, in new crime of using excessive force, Israeli forces killed Hussein Abu Ghosh (24) from Qalendia refugee camp, north of Jerusalem, when they immediately opened fire at him.  This happened after his car veered off to a bus station at the entrance to “Adam” settlement established on the lands of Jabe’a village, northeast of the City, and crushed the iron barriers established by Israeli forces in the stations for the soldiers and settlers.

On 21 January 2017, during a demonstration organized by Palestinians and international activists at the eastern entrance to Kafr Qaddoum village, northeast of Qalqilya, Israeli forces opened fire at ‘Awad Sobhi (12) and wounded him to his right hand. The Israeli forces also abducted Ma’moun Shteiwi (40) and took him to an unknown destination.  In the same context, Israeli forces abducted 5 civilians, including a woman, when the earlier moved into “Bab al-Shams” village, which was re-established by the coordinating committee against the wall and settlements in the area adjacent to “Ma’ale Adumim” settlement, east of Jerusalem.

On 25 January 2017, ‘Omer al-Barghuthi (26) from ‘Aboud village, northwest of Ramallah, was seriously wounded and then abducted.  Israeli forces claimed that a speeding car opened fire at a number of Israeli soldiers near ‘Aboud village, so the soldiers opened fire back, causing serious wounds.

During the reporting period, Israeli forces conducted at least 63 military incursions into Palestinian communities in the West Bank. During these incursions, Israeli forces abducted at least 64 Palestinian civilians, including 17 children. Seventeen of them, including 12 children, were abducted in occupied Jerusalem. Seven of those abducted were activists in the Committees against the Wall and Settlements.

In the context of house demolitions and notices, On Thursday early morning, 19 January 2017, Israeli forces carried out a large-scale demolition in the southern side of Qalendia refugee camp, north of occupied Jerusalem.  They levelled 22 stores used as an automobile repair and spare parts shops, used car showrooms and vegetable and fruit shops.

On 25 Janaury 2017, Israeli municipality bulldozers demolished a store, parking and fences belonging to Redwan Jamal ‘Amr in al-‘Abasiyah neighbourhood in Silwan village, south of Jerusalem’s Old City.  Around the same time, Israeli bulldozers demolished a store for construction materials belonging to Nassar Family in Qaddoum Valley neighbourhood in Silwan village as well under the pretext of building without a license.

On 17 January 2017, Firas Mahmoud self-demolished his 130-square-meter house in al-‘Issawiyah village, northeast of occupied Jerusalem.  It should be mentioned that the municipality issued a decision so Mahmoud self-demolishes his house and refused his attempt to obtain a license or postpone the demolition.  If he did not do so, the municipality would demolish it and impose on him a demolition fee.  Mahmoud started building his houses 8 months ago and intended to move and live in it in the coming days along with his 5-member family.

In the same context, on 24 January 2017, Israeli settlers took over a store belonging to the family of Noura Gheith in ‘Aqabet al-Khalidyah neighbourhood in the Old City of Jerusalem.

In the Gaza Strip, Israeli forces wounded 3 fishermen, including a child. On 20 January 2017, ‘Abdel Rahim al-Sultan (25) was wounded when Israeli gunboats stationed west of al-Wahah area in the northern Gaza Strip heavily opened fire at the Palestinian fishermen.  On 23 January 2017, Israeli gunboats opened fire at Palestinian fishing boats in the same area.  As a result, Uranus al-Sultan (20) and his cousin ‘Oday (14) were wounded.

In the context of targeting Palestinian fishermen in the Gaza Sea in addition to the abovementioned incidents, Israeli gunboats stationed off al-Wahah shore as well opened fire at the Palestinian fishing boats on 24 January 2017.

On the same day, Israeli gunboats stationed off Rafah shore and off Khan Younis shore opened fire at a group of fishing boats.  The shooting recurred at the boats on 25 January 2017.  However, neither casualties nor damages to the boats were reported.

In the context of targeting the border areas, on 24 January 2017, Israeli forces fired two artillery shells at a watchtower belonging to the Palestinian armed groups, east of al-Maghazi in the central Gaza Strip.  As a result, the watchtower sustained material damages.  On the same day, Israeli forces opened fire at the agricultural lands, east of Khan Younis.

In the Gaza Strip, on 25 January 2017, Israeli forces moved into al-Shokah village, east of Rafah City in the southern Gaza Strip and levelled and combed in the area before redeploying along the border fence.

Israeli Settlement activities and Israeli settlers’ attacks against Palestinian civilians and their property:

On 23 January 2017, Israeli forces demolished four dwellings, barracks used as sheep shelters, 2 barns and 4 other attached facilities in Kherbet Karzaliyah in Central Jordan Valley, north of Jericho.  That Property belongs to the family of Zuhair Qassem Bani Menia and Zahi Fahim Bani Meniah.  The number of both families’ members is 11, including 6 children.  The Israeli forces also levelled an agricultural road leading to the abovementioned area to deny the families’ access to the property.

In the same context, a group of Israeli settlers from “Tel Mond” and “Nhlial” settlemnts attacked a plot of agricultural land belonging to a Palestinian civilian from Bitello village, northwest of Ramallah and uprooted and broke 10 olive trees there.

During the past week, Israeli troops engaged in the use of excessive force against peaceful demonstrations protesting settlement activities and the construction of the annexation wall

Following the Friday prayer on Friday, 20 January 2017, dozens of Palestinian civilians and Israeli and international human rights defenders organized demonstrations in Bil’in and Nil’in villages, west of Ramallah and al-Nabi Saleh, northwest of the city, and Kafer Qadoum village, northeast of Qalqiliyah, protesting against the annexation wall and settlement activities. Israeli forces forcibly dispersed the protests, firing live and metal bullets, tear gas canisters and sound bombs. They also chased the protesters into olive fields and between houses.  As a result, many of the protesters suffered tear gas inhalation while others sustained bruises as Israeli soldiers beat them up.

Following the Friday prayer, Israeli forces moved into Bab al-Shams village established by activists of the Popular Committee against the Wall and Settlement Activities, adjacent to “Ma’ale Adumim” settlement established on Palestinian lands, east of Jerusalem. Activists re-estabished the village in protest against the bill to annex the “Ma’ale Adumim” settlement to Israel. Israeli forces abducted 5 activists namely Mohammed Abdul Karim Mustafa al-Khatib (42), Akram Abdul Karim Mustafa al-Khatib (64), from Bil’in village, west of Ramallah, Monther ‘Amirah, Head of the Supreme Coordination Committee  agains the Wall and Settlements, Lama Nazih and Hasan Faraj, Member of the Revolutionary Council of Fatah. It should be noted that Bab al-Shams village was established on 11 January 2013, in protest against the Israeli settlement activity in Jerusalem. About 250 activists from different Palestinian areas in addition to International and Israeli activists set tents to establish the village in East Jerusalem protesting against the “E1” settlement project. However, Israeli forces removed the village. On the above-mentioned day, the activists attempted to rebuild the village.

At approximately 17:15 on Saturday, 21 January 2017, Palestinian civilians and International activists organized a demonstration. They made their way from Kafer Qadoum village, northeast of Qalqiliyah towards the eastern entrance to the village, in protest against closing the entrance since the beginning of al-Aqsa Intifada with an iron gate. As soon as the protestors arrived at the abovementioned entrance, Israeli soldiers fired live and metal bullets and sound bombs at them. As a result, ‘Awad Mansour Sobhi (12) sustained a metal bullet wound to the right hand. Israeli forces abducted Ma’moun Rafiq Shtewi (40).

Due the number and severity of Israeli human rights violations this week, the PCHR made several recommendations to the international community. Among these were a recommendation that States that apply the principle of universal jurisdiction should not surrender to Israeli pressure to limit universal jurisdiction to perpetuate the impunity enjoyed by suspected Israeli war criminals;

In addition, PCHR calls upon the international community to act in order to stop all Israeli settlement expansion activities in the oPt through imposing sanctions on Israeli settlements and criminalizing trading with them.