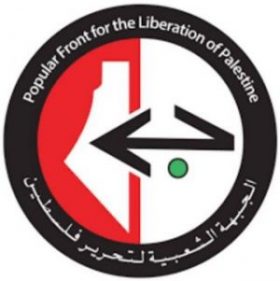 NSNBC – The Popular Front for the Liberation of Palestine (PFLP) called for international mobilization against the planned Paris Conference scheduled for June 3 – 4 aimed at resuming internationally mediated talks about Israel and Palestine.

The PFLP, the second-largest member faction of the Palestine Liberation Organization (PLO) called on the people of Palestine, Palestinian refugees, the Palestinian diaspora, as well as the international community to launch initiatives against the scheduled Paris conference.

The PFLP called for protests in Palestine and abroad on June 3 – 4 to call for the rejection of the French initiative and for launching initiatives to stop what it describes as “suspicious activities that are in full swing in order to revive the marketing of the so-called peace process”.

The PFLP also called on Palestinian forces and national figures to express clearly their rejection of the French initiative, particularly in response to the attempt of what it denounced as “the monopolistic Palestinian Authority leadership” to promote this initiative. The Front stressed that the Fateh-led Palestinian Authority’s participation in the Paris Conference seriously undermines the Palestinian national consensus.

Being the second-largest PLO member organization, the PFLP stressed that the initiative was never even presented to the Palestine Liberation Organization’s responsible bodies, and that it hasn’t been discussed with Palestinian forces.

The PLO is the sole organization that can legally represent Palestine internationally. The Fateh-led and dominated Palestinian Authority has, however, usurped many of the functions of the PLO since the signing of the Oslo Accords in 1993.

The PFLP also opposed the previous, failed, U.S.-mediated talks for similar reasons. On January 13, 2014, Jamil Mizher, a member of the Political Bureau of the Popular Front for the Liberation of Palestine (PFLP) said the Front called for an end to the US-facilitated talks with Israel and a rejection of the proposals tabled by US Secretary of State John Kerry, stressing that the proposals threaten the Palestinian National Movement and the Palestinian right of return.

“There is talk about the liquidation of the Palestinian refugee cause, the return of hundreds of thousands to the lands occupied in 1948, and the dismantling of the right of return of over six million Palestinian refugees in the camps, in exile and in the diaspora, who are waiting for their moment to return to the homes and lands from which they were expelled”.

He added, that it is the responsibility of the United Nations to implement its resolutions, first and foremost Resolution 194 which is guaranteeing the refugees’ right of return. He stressed that Palestinian leaders should address international institutions to put the occupation on trial, saying:

The first time that Abbas openly announced that he would welcome NATO troops to Palestine to “monitor security” was in 2014 in an interview with the New York Times.

This Article By Written By NSNBC International