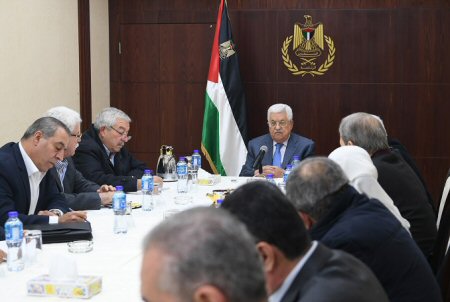 The Palestinian  Liberation Organization is preparing, for the UN General Assembly, a call for a plan to disengage from Israel, in terms of security and economics.

The Executive Committee is forming an internal “higher” committee for the purpose of implementing the decisions of the Palestinian Central Council, including the decision to suspend the recognition of the State of Israel, until the latter recognizes the State of Palestine on the 1967 borders, repeals the decision to annex East Jerusalem and halts illegal settlement activities.

The Palestinian leadership committee, according to Al Ray, also decided to formulate a plan for disengagement from Israel, in terms of security and economics, including the agreements reached as part of the “Paris Protocol”.

Under the 1994 protocol, which established a customs union between Israel and the Palestinian Authority (PA), Israel is supposed to collect value-added tax, import duties and other taxes on the PA’s behalf and hand them over on a monthly basis.

The committee also decided, on Saturday, that Palestinian leadership would ask the International Criminal Court (ICC), at The Hague, to establish a commission to withdraw recognition of Israel as long as Israel does not recognize Palestine.

Last month, the PLO’s Central Council called on the Executive Committee to suspend recognition of Israel until it recognizes the state of Palestine and halts the building of Jewish settlements on occupied Palestinian land.

The PCC reportedly gave instructions to the government to start putting strategic plans to sever ties with Israel on all levels, and made a firm decision to go to the UN Security Council and General Assembly.

Nabil Abu Rudeinah, a spokesman for Palestinian Authority President Mahmoud Abbas, slammed on Friday US officials’ statements suggesting that Abbas may not return to the negotiating table.