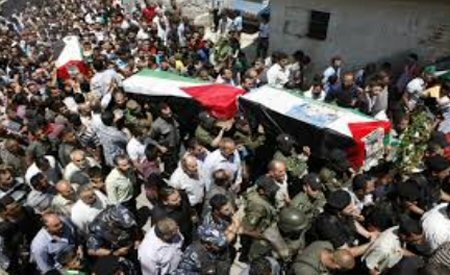 Israeli occupation forces killed a total of 19 Palestinians, including four children, during August of 2018, according to a report by Abdullah Horani Center of the Palestine Liberation Organization (PLO).

The center said, according to WAFA, that of those 19 Palestinians, 17 were killed by Israeli forces during the Great March of Return protests at Gaza’s border, or in airstrikes on the Gaza Strip. Another Palestinian was killed in the occupied West Bank, and the last was a Palestinian citizen of Israel.

According to the report, Israel is currently withholding the bodies of 28 slain Palestinians from the West Bank and the Gaza Strip, in violation of international humanitarian law.