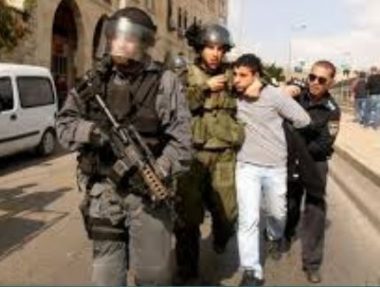 The Palestinian Prisoners’ Society (PPS) has reported that Israeli soldiers abducted, on Thursday at dawn, thirteen Palestinians, including three children and one woman, from several parts of the occupied West Bank.

The soldiers invaded and violently searched dozens of homes, and interrogated many Palestinians while inspecting their ID cards.

One of the abducted Palestinians, identified as Tha’er al-Fakhouri, was preparing for his wedding, which was scheduled for this coming Friday.

Two of the abducted are siblings, only 12 and 14 years of age.

The soldiers also installed several roadblocks across the West Bank, stopped and searched many cars and questioned many Palestinians while inspecting their ID cards.