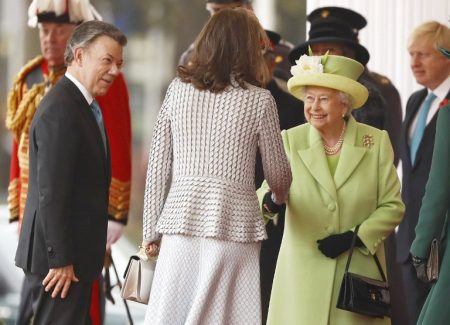 Britain’s royal family might accept an official invitation to visit Israel to mark the centenary of the Balfour Declaration, in a first visit of its kind since establishment of Israel, the Times reported, according to Al Ray.

Reuven Rivlin, the Israeli president, extended the invitation during a meeting with Boris Johnson in Jerusalem on Wednesday, noting that 2017 marked the centenary of the Balfour Declaration backing the establishment of a Jewish homeland.

“This is a very important year in the history of the relations between Israel and the United Kingdom,” Rivlin said. “We will mark 100 years since the Balfour Declaration and I am greatly honoured to extend an official invitation to the royal family to visit Israel to mark this event.

According to the paper, it is expected that the royal family wiil accept the invitation, this time. Such visits are usually done upon recommendations of Britain’s foreign ministry.