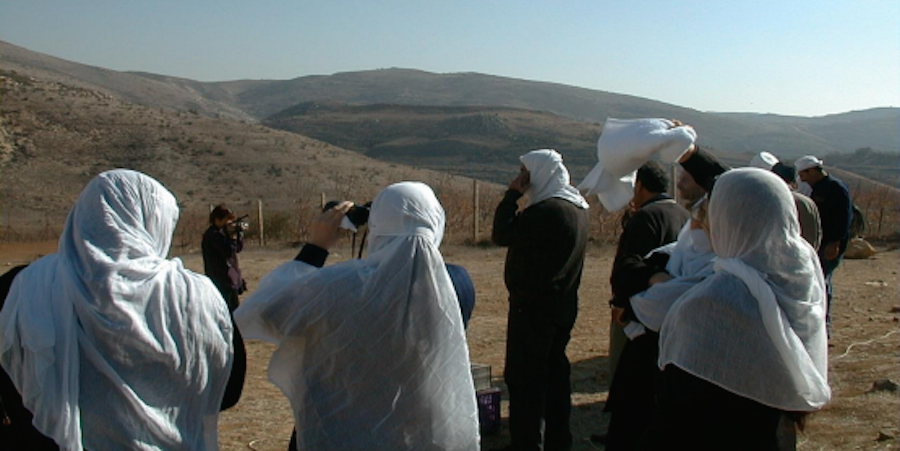 The office of Israeli Prime Minister Benjamin Netanyahu announced in a press release, yesterday, that Netanyahu “intends to reiterate to [Russian] President Putin the fact that the Golan Heights is not part of the discussion.”

The two leaders are scheduled to meet in Moscow, today. The “discussion” Netanyahu refers to is how to “prevent friction in Syria.” His office maintains that this goal is aided by “the ongoing link between Israel and Russia.”

Israel forcibly transferred 130,000 Syrians from the Golan in 1967 to clear the way for its illegal occupation. In 1981, the Israeli parliament passed the Golan Annexation Law. The UN Security Council ruled the law an “inadmissible acquisition of territory by force” and therefore “null and void, and without international legal effect.”

Netanyahu also brought up Israeli occupation of the Syrian Golan on February 15, 2017, with U.S. President Donald Trump. After the meeting, Netanyahu told journalists: “yes,” I did raise the “issue” of the Golan Heights with Trump. He added that he “wouldn’t say” Trump was “surprised by [the] request.”

International concern about the Israeli occupation over the Syrian Golan Heights mounted last year when Netanyahu vowed that “the Golan Heights will always remain in Israel’s hands” and “Israel will never withdraw from the Golan Heights.” Moreover, in October 2016, Israeli authorities approved of the largest settlement expansion project in the occupied Syrian Golan since 1980.

The provocative statements and actions inspired U.S. and EU representatives to assure the world that their respective governments do not consider the Golan Heights a part of Israel.

On March 1, 2017, al-Marsad: Arab Human Rights Center – the only human rights center operating in the Syrian Golan – published an updated map of Syrian villages and farms destroyed by Israeli forces in 1967, as well as the Israeli settlements built on their ruins. The organization explains, “after an in-depth comparison of various research sources (Syrian, Israeli, international), [the] new research indicates that the actual number of destroyed villages and farms is much higher: 340 villages and farms.”

Estimates suggest that Israeli authorities today deny the right of return to as many as half a million displaced Syrian Golan exiles.