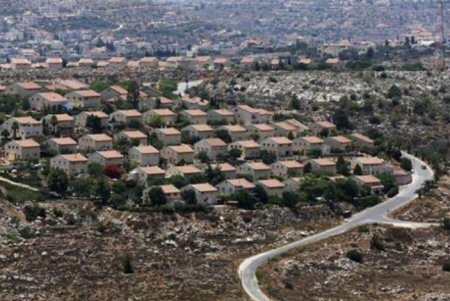 At the beginning of the year 2018, the Israeli Knesset approved a law for annexing academic institutions within Israeli settlements constructed in the occupied West Bank (e.g. Ariel University and the 2 Education faculties in the Akena and Alon Shvut settlements) to the Israeli Higher Education Council, knowing that the above mentioned law is a part of the annexation policy led by the Israel Baitona party, which openly declares its intention to annex all “C” areas,  constituting approximately 60% of the West Bank.

Moreover, the Hebrew University in occupied Jerusalem held a conference, under the title “The Environment Behind the Green Line”. The conference was organized by the Environment College at the university, with participation from Environmental Minister Zeev Elkin and Nature Protection Authority Director Shaul Goldstein, among many other Israeli officials.

At the same time, Minister of Defense Avigdor Lieberman decided to approve the expansion of the Adam settlement project, to the southeast of Ramallah, by building 400 new housing units. According to the National Bureau, US officials agreed to this measre.

On the other hand, PNN further reports, the Israeli District Committee for Planning and Building in Jerusalem decided to carry out a plan to build a tunnel extending from the Hebron Gate to the Damascus Gate, in the Old City district of Jerusalem, at a cost of NIS 360,000,000.

The National Bureau stated that the Israeli decisions are part of the government’s plans to satisfy extremist settlers, in light of the international silence on Israel’s crimes and violations of international laws, condemning these racist decisions which contravene international norms and charters.

According to Khalil Tofakji, Director of Plans and Data System at the Arab Studies Association, it was disclosed that Israeli authorities are intending to transfer 2,500 land plots within the so-called municipal boundaries of Jerusalem, to public institutions in Israel, which means transferring their status from private property to state property, for public interest. This announcement coincides with an additional announcement of carrying out settlement operations in a number of Jerusalem neighborhoods, in order to occupy large areas of land.

In Jerusalem, the Israeli government continues its policy of racial discrimination, as it has implemented a plan to identify, in mere weeks, special tourist routes for Muslims within the Holy City, extending from Damascus Gate to Al-Aqsa Mosque, in addition to establishing a new Israeli police monitoring station.

On the 13th anniversary of the evacuation of settlements in the northern West Bank, 200 settlers returned to Sanur settlement, which was evacuated in 2005. MKs Shuli Maalem and Bettsiel Smutrich, along with about 200 settlers, entered the area under protection of Israeli occupation soldiers, saying that they will return to the settlements, as this is part of their ideology.

In a maneuver to restrict citizens’ movement and push them to emigrate, military bulldozers destroyed the agricultural water lines in the northern Jordan Valley and leveled areas of land in Khirbet al-Ras al-Ahmar, east of Tammon town, under the pretext of constructing a military road for the Israeli army. Israeli occupation forces also closed water lines feeding the village of Froush Beit Dajan, to the east of Nablus, under the pretext that they were illegal, while additionally legitimizing the status of more than 100 illegal outposts.