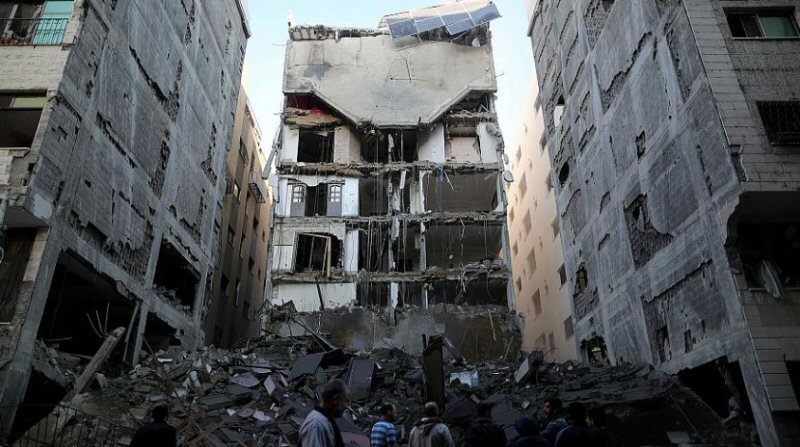 The Euro-Mediterranean Human Rights Monitor sent a letter to EU diplomats and ambassadors in the Palestinian Territories to protest against EU diplomatic delegation’s visit to Israel’s southern region, which borders the besieged Gaza Strip while neglecting to visit Gaza itself. This visit, Euro-Med noted, may consequently confer legitimacy on Israel’s brutal practices against Gaza’s population.

In a press release on October 7, 2020, Euro-Med Monitor said it sent a letter to a group of consulates and diplomatic representations of the EU countries, headed by the Representative of the European Union in the Palestinian Territories, Sven Cohan von Burgsdorff, to protest against the recent EU diplomatic visit to the Southern region, on September 16, 2020.

During the visit, EU diplomats in Israel met with the Southern Command of the Israeli forces that is accused of committing acts that may mount to war crimes while overlooking the suffering of more than two million Palestinians on the other side of the border.

The letter added that EU diplomats met with the Southern Command of the Israeli Forces and reviewed the challenges faced by the Israeli residential areas near Gaza, and the movement on crossings in and out of the blockaded enclave.

“Since the situation between the Gaza Strip and southern Israel is closely connected, we strongly believe that EU diplomats and representatives in the Occupied Palestinian Territories (oPt) need to pay a similar visit to Gaza. This would help maintain the EU’s image of impartiality and reiterate its strong positions on the Palestinian-Israeli conflict,” said Euro-Med Monitor.

Euro-Med Monitor drew attention to the fact that reviewing the situation on the border from one side while neglecting the other allows Israel to control the narrative of the conflict. This could serve as a signal to Gaza’s two million beleaguered residents which the EU failed and that now accepts Gaza’s unliveable reality as an Israeli security need.

The letter stressed that as the residents of southern Israel have the right to live peacefully, more than two million Palestinians living in the Gaza Strip should have the same right on the same footing.

The policy of collective punishment cannot in any way contribute to bringing peace and stability. The letter added that restrictions and siege can only bring about more frustration and violence.

Furthermore, Euro-Med Monitor invited EU officials to visit the Gaza Strip and to see the devastation and destruction the residents of Gaza continue to experience, indicating that this would reiterate EU’s support for the Palestinian people, break their increasing isolation, and give them some hope that they are not alone.

Israel has been imposing a tight land, sea, and air blockade against the Gaza Strip for more than 14 years. This blockade caused the collapse of most vital sectors in the 365-square-kilo-meter-enclave, where more than two million Palestinians live.

The blockade has impoverished half of the population and left them without jobs, and restricted the movement of residents in and out the Strip except for emergencies and commercial traffic.

These measures resulted in paralyzing the commercial, industrial and health sectors, with the latter facing an estimated 52% deficit in medical supplies.