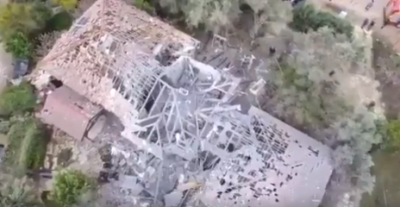 Israeli sources say that seven Israelis were wounded – two with moderate injuries, and five with light to very light injuries – when a rocket allegedly fired from Gaza hit their house in HaSharon, in central Israel.

According to the Israeli daily Ha’aretz, the seven Israelis were taken to Meir Hospital in Kfar Sava. The two moderately wounded are a 59-year old man and a 30-year old woman.

The lightly wounded are a father and his three children, aged 12, 3, and an infant of six months.

The rocket firing comes after two days of protests in Gaza that were met by deadly force from Israeli troops stationed at the border, with three Palestinians killed and nearly two hundred wounded – many by live ammunition. It also follows the firing of a number of missiles by the Israeli military into Gaza on Sunday afternoon.

The house that was hit by the rocket is located 100 km from the Gaza Strip, and the ‘Iron Dome’ system that the Israeli government has in place to intercept rockets fired from Gaza was not activated.

No Palestinian armed resistance group claimed credit for the attack.

When a rocket was fired from Gaza nearly two weeks ago, the Israeli airforce responded by dropping one hundred bombs in different parts of the Gaza Strip.

Residents of Gaza report that they are fearful of what Israeli forces may be preparing to do, noting that drones and helicopters have been hovering over parts of Gaza all night.