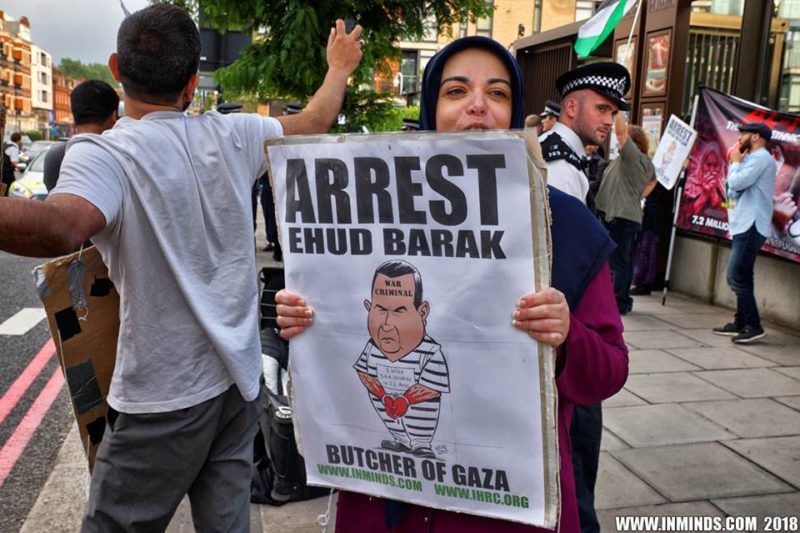 Samidoun Palestinian Prisoner Solidarity Network joins organizers and activists throughout occupied Palestine in condemning the normalization meetings undertaken by Palestinian Authority President Mahmoud Abbas with a delegation from the so-called “Israel Democratic Party” and it alliance, the Democratic Union. This meeting comes amid the approach to the Israeli elections scheduled in early September, in which the Israeli war criminal Ehud Barak – founder of this party – is marketing himself as a “left” competitor to his fellow war criminal Benjamin Netanyahu.

Abbas’ meeting with the representatives of Barak’s party – presented as a reunion with the granddaughter of Yitzhak Rabin and a symbolic reconstruction of the Oslo alliance – aims to perpetuate normalization of allegedly “left” Israeli forces which in fact represent the same brutal policies toward the Palestinian people, rooted in settler colonialism and Zionist racism, as their electoral rivals in the Likud or the Yisrael Beitenu of Avigdor Lieberman.

Such meetings with representatives of Israeli parties, competing for the right to oppress, exile and besiege the Palestinian people and escalate war threats against Iran and even Lebanon, only serve to normalize war criminals. Instead, all such parties – fundamentally based on the negation of the fundamental rights of the Palestinian people to return, self-determination and national liberation on their land – should instead be clearly and firmly boycotted.

When Palestinian Authority officials engage in normalization meetings, this undermines the efforts of people of conscience around the world – including and especially Palestinian communities and organizations in exile and diaspora – to boycott Israeli political parties and institutions. International solidarity with the Palestinian liberation movement can never be found in the accommodation of war criminals like Ehud Barak and his latest political machinations. Instead, popular movements around the world stand in solidarity with the Palestinian people and their legitimate resistance to the regime of occupation, apartheid, racism and colonialism that Barak’s party aims to helm.

The Israeli elections are being used to fuel one attack on the other upon the Palestinian people, from “anti-BDS minister” Gilad Erdan‘s alliance with the most overtly racist and reactionary settlers to invade al-Aqsa and displace Palestinian worshippers, to escalating threats of war from Gaza to Iran, to the promotion of a “neo-Oslo” normalization by Barak’s pseudo-leftist party whose very name is a fundamental contradiction: “Democratic Israel,” based on apartheid and colonization. Attempts by the Palestinian Authority to promote such figures come only at the expense of the Palestinian people and their fundamental rights.

The Oslo process has never been anything but deeply destructive to the Palestinian people, and normalization has never done anything but undermine Palestinian rights and cover up the reality of a struggle between a colonizer exerting its domination in alliance with the most powerful imperialist forces in the world and a colonized people continuing to struggle and resist.

Samidoun Palestinian Prisoner Solidarity Network urges people around the world committed to Palestinian rights and especially Palestinian communities in exile to confront these dangerous normalization meetings. Instead, we must prioritize Palestinian prisoners and refugees, fighting for their fundamental right to return home and putting their bodies and lives on the line within Israeli occupation prisons in hunger strikes for dignity, justice and freedom.

Any attempt to promote Zionist parties that continue to reject fundamental Palestinian rights, including by the Palestinian Authority and reactionary Arab regimes, can only harm Palestinians struggling for their lives, land and liberation.

We join the demand to immediately bring to an end the so-called “Committee for Communication with Israeli Society” in the PLO, which is in reality a mechanism to promote normalization with Zionist war criminals and their official political parties and institutions. We urge all friends of Palestine to confront normalization with intensified mobilization to support Palestinian refugees struggling in Gaza, Lebanon and around the world for their rights, and Palestinian prisoners on the front lines fighting for freedom. In particular, this is a critical moment to escalate the international call for boycott, divestment and sanctions against Israel and the complicit corporations that continue to prop up its colonial regime.

From the river to the sea, Palestine will be free!