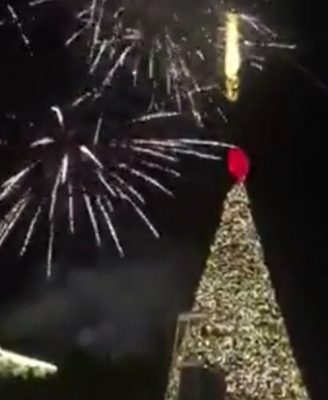 Secretary General of the Palestinian Liberation Organization (PLO), Saeb Erekat, Wednesday, said that the “Grinch [Israeli] occupation decided to steal the Christmas spirit from the people of Palestine.”

Christians across Palestine celebrate Christmas, with the feeling of peace and joy being weakened by the Israeli occupations’ constant violation of International Law, and disrespect for Palestinian human rights.

The Secretary General accused Israeli Prime Minister Benjamin Netanyahu of expanding settlements to “appease the settlers”, and called the move “a part of his early election campaign”.

Passed on Dec. 20, 2016, UNSC resolution #2334, according to UN.org, states that “Israel’s settlements have no legal validity”, and are thus, in violation of international law.

The PLO dignitary urged the world to “act before it is too late” and to “act with determination and courage to fulfill its responsibilities towards the people of Palestine.”