Senior Israeli Lawmaker: “The Israeli army has enough bullets for every Palestinian.” 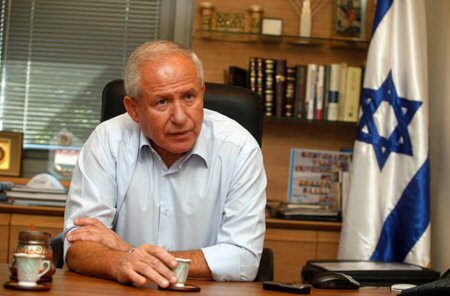 Chairman for the Defense Committee of the Israeli Parliament of the Knesset, Avi Dichter, recently made an underhanded remark expressing favor for killing all Palestinians in the Gaza Strip.

As he was commenting on the protests of the Great March of Return, taking place along the eastern fence of the Gaza Strip, he said: “The Israeli army has enough bullets for every Palestinian.”

A former director of Shin Bet internal security service and Minister of Internal Security, Dichter said that the Israeli army is prepared to use all means, including lethal force to deter the Palestinians protesters.

Since March 31, thousands of peaceful Palestinian protesters have been staging protests along the eastern fence of the Gaza Strip, calling for lifting the 12-year-old Israeli siege and reinforcing the right of the Palestinian refugees to return to their homes.

Strategic Affairs Minister Gilad Erdan repeatedly referred to the protesters killed in Gaza as “Nazis,” saying that there were no demonstrations, just “Nazi anger.”

He later added, according to Days of Palestine: “The number [of peaceful Palestinian protesters] killed does not mean anything because they are just Nazis, anyhow.”