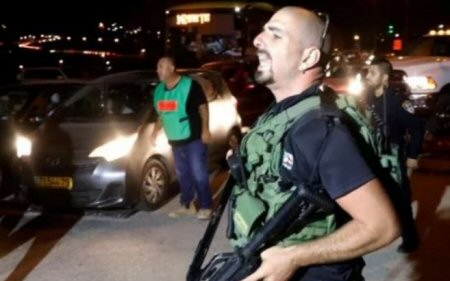 According to witnesses, the illegal colonist opened fire with live rounds towards Palestinians on Shuhada Street in the center of Hebron, injuring four, including three children.

They added that the Palestinian youths were wounded when they were in the vicinity of the illegal Beit Romano colony, when the settler opened fire at them, injuring four, one of whom was deemed serious.

A 13-year-old, identified as Mohammad Iyad Jaabari was seriously wounded after being shot with a live round in the abdomen, he was transferred to hospital and admitted for emergency surgery.

Additionally two of the civilians sustained live bullet wounds in the thigh, while the final injury sustained a bullet wound to the hand.