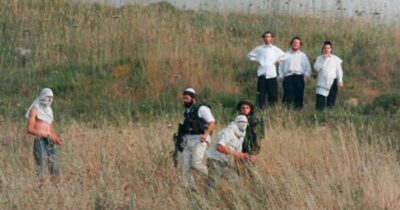 A horde of extremist Jewish settlers, on Monday afternoon, attacked Palestinian farmers in Burin town, to the south of Nablus, as they were working their lands.

Burin mayor Yahiya Qadous said that more than 25 settlers, from the illegal settlement of Yitzhar, brutalized a group of farmers as they were plowing their plots of land in al-Mayadin area, south of the town, and tried to expel them from their own lands.

After obtaining a permit from the Israeli military authorities, the farmers had brought agricultural tractors to the land, in the morning, in order to plow them.

They have been prevented many times, by the Israeli army, to reach their lands, as they are located near the Yitzhar settlement.