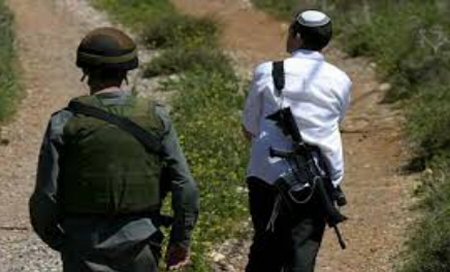 Israeli settlers attacked, on Wednesday evening, a number of Palestinian citizens in the Tel Rumeida neighborhood, in the center of Hebron, occupied West Bank.

The coordinator of the group of Human Rights Defenders, Emad Abu Shamsheh, said that the settlers attacked a number of citizens, including Yasser Abu Markhia, Bassam Abu Eisha, and Samih Muhtasib.
He noted that the Israeli occupation forces detained Abed al-Fakhouri, after deploying in the area, according to Al Ray.
Attacks by settlers and Israeli soldiers have escalated, over the past few days, in Tel Rumeida and Shuhada Street, in the center of Hebron.
06/30/18 Christian Peacemaker Teams: Occupation Censored