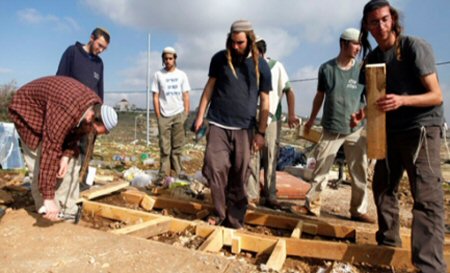 Israeli settlers,on Monday, destroyed crops in the southern West Bank town of al-Khader, south of Bethlehem, after they ran over them with their vehicle, according to the landowner.

Fadi Zayyah, a local farmer, said that the assailants drove their vehicle on his land planted with tomatoes and cucumbers, destroying the crops before fleeing the scene.

According to WAFA, Zayyah’s field is adjacent to the illegal Nevi Daniel settlement, which was established on lands seized from Wad Rahhal and al-Khader villages in 1982.

Settler violence against Palestinians and their property is routine in the West Bank and is rarely prosecuted by the Israeli authorities.