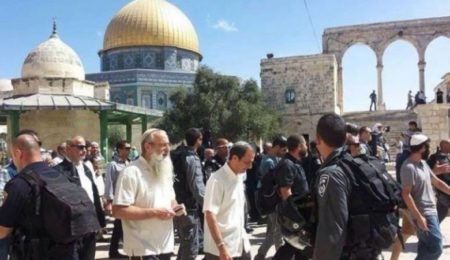 Local media sources reported that police opened the Moroccan Gate in front of 36 settlers, who broke into the mosque in four groups.

Police escorted the settlers while they toured the court yards, until they left the Islamic site via Selselah Gate.

Al Ray sources noted that Israeli intelligence forces broke into the mosque on Monday, as well.

Police followed restrictive procedures on Jerusalemites’ access, holding identity cards at external gates, while dozens of women and men have been denied access to the mosque for some time.