Shaked Sprays Herself With ‘Fascism’ Perfume in Campaign Ad 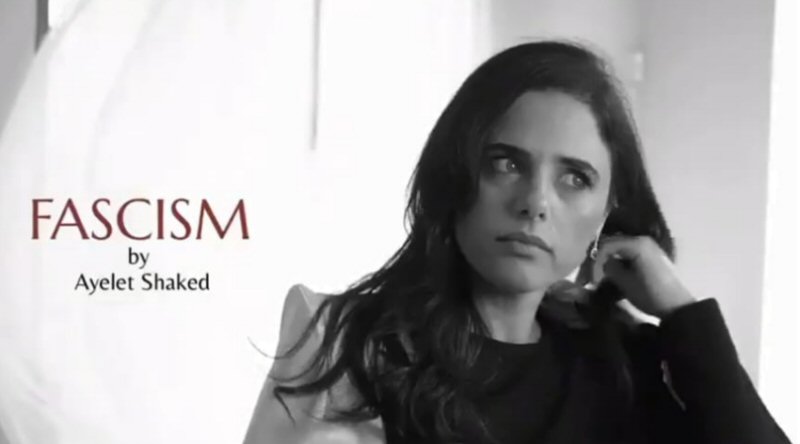 A new election ad for the far-right Hayamin Hehadash party, featuring Justice Minister Ayelet Shaked in sultry poses, spraying herself with a perfume labeled “Fascism,” has the look and feel of a satiric sketch, echoing a 2017 “Saturday Night Live” send-up of Ivanka Trump in a mock commercial for the scent “Complicit.”

But, according to Israeli daily Haaretz, the Shaked ad was no send-up: The images are accompanied by the seductively whispered phrases (in Hebrew) “Judicial reform,” “Separation of powers” and “Restraining the Supreme Court” — all meant to highlight her efforts to weaken the activist courts and give more power to the legislative branch.