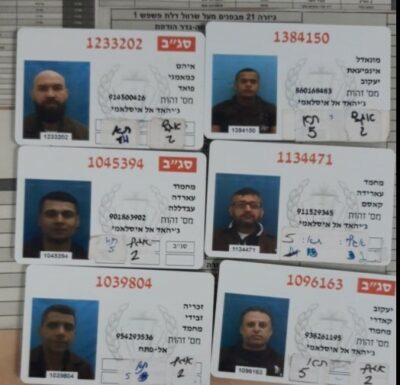 Israeli sources have reported that six Palestinian detainees managed to escape from the Gilboa Israeli high-security prison, in the northern part of the country, after digging a tunnel.

The sources stated that one of the detainees is Zakariyya Zobeidi, the former leader of the Al-Aqsa Martyrs Brigades in Jenin, in northern West Bank. The other five escaped political prisoners are all members of the Islami Jihad movement.

Israel alleges that Zobeidi was responsible for an attack on the Likud Party headquarters in Bisan, in the year 2002, leading to the death of six Israelis.

Israeli also alleges that when he was taken prisoner in the year 2019, he was planning what was described as a serious attack against Israeli soldiers in the occupied West Bank, and for reportedly carrying out two shooting attacks against Israeli buses for colonialist settlers near Beit El and Psagot colonies in the West Bank. 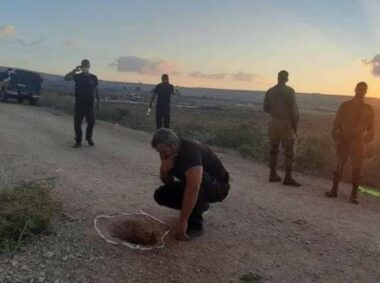 Israeli sources said the six detainees were all in the same cell, and that their escape was uncovered approximately at 4:00 on Monday at dawn during a headcount.

The Israeli police, Internal Security, and various other agencies have initiated a search campaign, in addition to a probe into how the detainees were able to escape without being noticed until a few hours later. Gilboa’ prison is well fortified and has extremely high-security measures.

A massive search campaign was initiated, including in all surrounding Palestinian villages and towns, close to the northern border with the West Bank, and Jordan.

Israeli daily Haaretz quoted prison officials stating that the six detainees managed to dig the tunnel over the past few months, and added that the Shin Bet (The Israeli Security Agency) believes that they managed to coordinate help with people in the outside through smuggled cellphones.

It added that the detainees had an escape car waiting for them and that they were first noticed by farmers who notified the police.

The Prison Service also told Haaretz that the escape is a “major intelligence and security failure.”

After the escape of the six detainees, Israeli decided to transfer around 400 political prisoners from Gilboa to various others prisons.

Israeli daily Yedioth Ahronoth has reported that the Israeli army has decided to install many military roadblocks around Jenin, after surrounding it, to prevent the escaped detainees from reaching there.