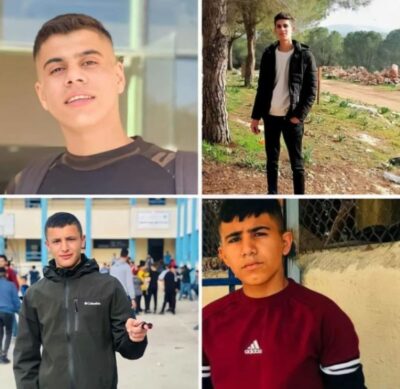 Israeli soldiers abducted, on Friday evening, a former political prisoner, and detained four others, at the Dothan military roadblock near Ya’bad town, south of the northern West Bank city of Jenin.

Media sources said the soldiers abducted a former political prisoner, identified as Omar Daoud, from Qaffin village, northeast of the northern West Bank city of Tulkarem, after stopping him at Dothan roadblock.

The four were detained and interrogated at the roadblock for a few hours before the soldiers released them.