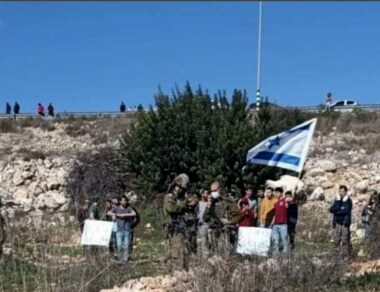 Ahmad Younis, the owner of the lands, said dozens of colonizers invaded the area and fenced his land before planting saplings.

Younis added that the colonizers placed banners warning the Palestinians not to approach the area.

He also said that, in the year 2019, Israeli soldiers prevented him from working on his land, and stopped the digging of a well in the area.