Soldiers Abduct A Young Man, Injure Many Others, In Qalqilia 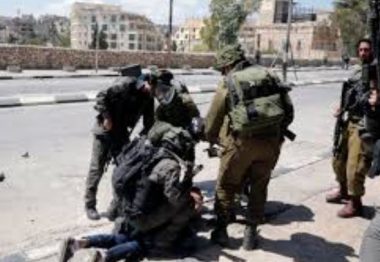 Media sources in Qalqilia said the soldiers attacked the protesters, and abducted a young man, identified as Hasan Tareq Sabri, 18, at the northern entrance of the city.

In addition, the head of the Emergency Department in Qalqilia, Monther Nazzal, said at least thirteen Palestinians suffered the severe effects of teargas inhalation, and received the needed treatment.