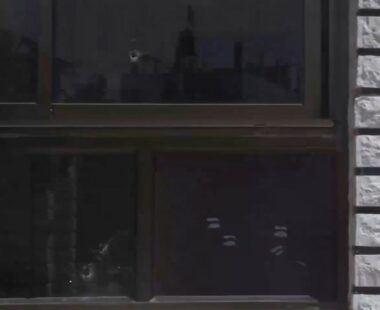 On Friday at dawn and over the last several days, Israeli soldiers abducted many Palestinians, including women, from the Zahran family in Biddu town, northeast of occupied East Jerusalem.

On Friday at dawn, the soldiers invaded and ransacked many homes in Biddu, mainly those owned by members of the Zahran family, and abducted Toqa-Eddin Zahran, and her husband Ibrahim Zahran, after storming their home and ransacking it.

The soldiers fired several live rounds at the home, before invading it, causing damage.

Their abduction came just a few days after the soldiers abducted six other Palestinians from the same family.

In addition, the soldiers abducted Asma’ Aassi from her home in Beit Liqya village, west of Ramallah, after they were unable to locate and abduct her husband, Ahmad Zahran.

Ahmad’s mother said the family was awakened by the sound of live fire before the soldiers detonated the main door of their home and broke into it while shouting at them.

“They searched and ransacked my home and the homes of my sons for more than two hours,” she said, “They blindfolded my sons and forced them onto the ground, while shouting at us and accusing us of hiding my son, Ahmad.”

The soldiers also summoned several members of the family or interrogation in Ofer Israeli prison and military base and abducted two of them when they headed there.

Mohammad Zahran, the brother of Ahmad, said the soldiers summoned him and five family members for interrogation, and added that they headed to Ofer prison, where they were interrogated for about twelve hours before the soldiers abducted two.

“The soldiers kept threatening us, and told me that they will kill my brother Ahmad if he doesn’t surrender, just like they killed my brother Zahran,” Mohammad said.

It is worth mentioning that Ahmad is the brother of Zahran Ibrahim Zahran, who was killed by the Israeli army on August 29, 1998.

During the Friday invasion of the Zahran family home, the also soldiers threatened to kill Ahmad if he does not surrender to the army.

His mother that the soldiers threatened her that if Ahmad does not turn himself in to the army, “they will bring him in a body bag just like his brother.”