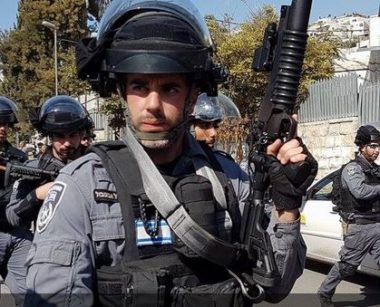 The Wadi Hilweh Information Center in Silwan (Silwanic) has reported that Israeli soldiers invaded Batn al-Hawa neighborhood in Silwan, before storming and ransacking many homes.

The soldiers also abducted Hamza Zoheir Rajabi, 16, and Mohammad Fayez Rajabi, 16, before taking them to the police station in Salaheddin Street, in Jerusalem.

In incidents took place after an Israeli female settler, illegally living in a colony in Silwan, slapped Hamza in his face while he was sitting, and started hurling insults against him and his friends.

Armed settlement guards and Israeli soldiers then assaulted the children, and abducted Hamza and Mohammad, before moving them into their station at the illegal colony, in Batn al-Hawa neighborhood, and later to the police center, in Salaheddin Street.