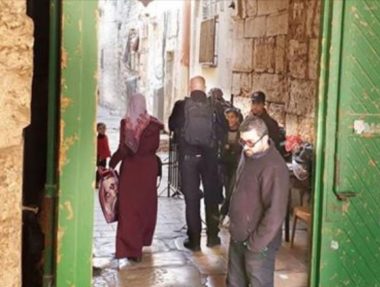 Media sources in Jerusalem said the soldiers stopped two children from the al-‘Isawiya town in the city, while leaving the Al-Aqsa Mosque, and took them to an interrogation facility in the city.

The two children, who remained unidentified at the time of this report, were taken prisoner while leaving the mosque through Bab al-Majlis (The Council Gate).

In addition, the soldiers abducted a young man, identified as Ahmad Abdul-Karim Jaradat, in Majr Bin Amer, is one of the biggest agricultural plains in Palestine, located near Jenin, and took him to Salem military base.