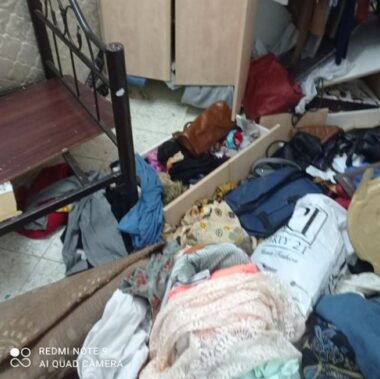 Media sources said several armored military vehicles invaded the town, before the soldiers stormed and ransacked many homes, and interrogated many young men while inspecting their ID cards. They added that the soldiers assaulted many young men while interrogating them, and abducted two former political prisoners, identified as Mahdi Salah Taqatqa, 26, and Odai Mohammad Thawabta.

It is worth mentioning that Beit Fajjar has been subject to constant invasions and violations by the soldiers who repeatedly invade and ransack homes, and abduct many Palestinians, especially young men.

On Tuesday night, the soldiers abducted Bilal Atallah Hilal, in his twenties, while standing in front of his home in Qalqilia city, in northern West Bank.