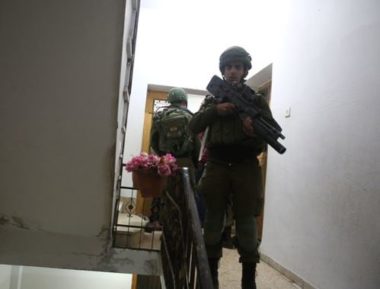 Israeli soldiers invaded, on Thursday at dawn, Aida refugee camp, north of Bethlehem, south of occupied Jerusalem in the West Bank, and abducted two Palestinians, including a teen.

They added that the soldiers abducted Anas Salah al-Masa’id, 17, and Omar al-Masa’id, 33, before taking them to an unknown destination.

It is worth mentioning that the army has been invading the refugee camp on a daily basis over the past week and abducted many young men from their homes.